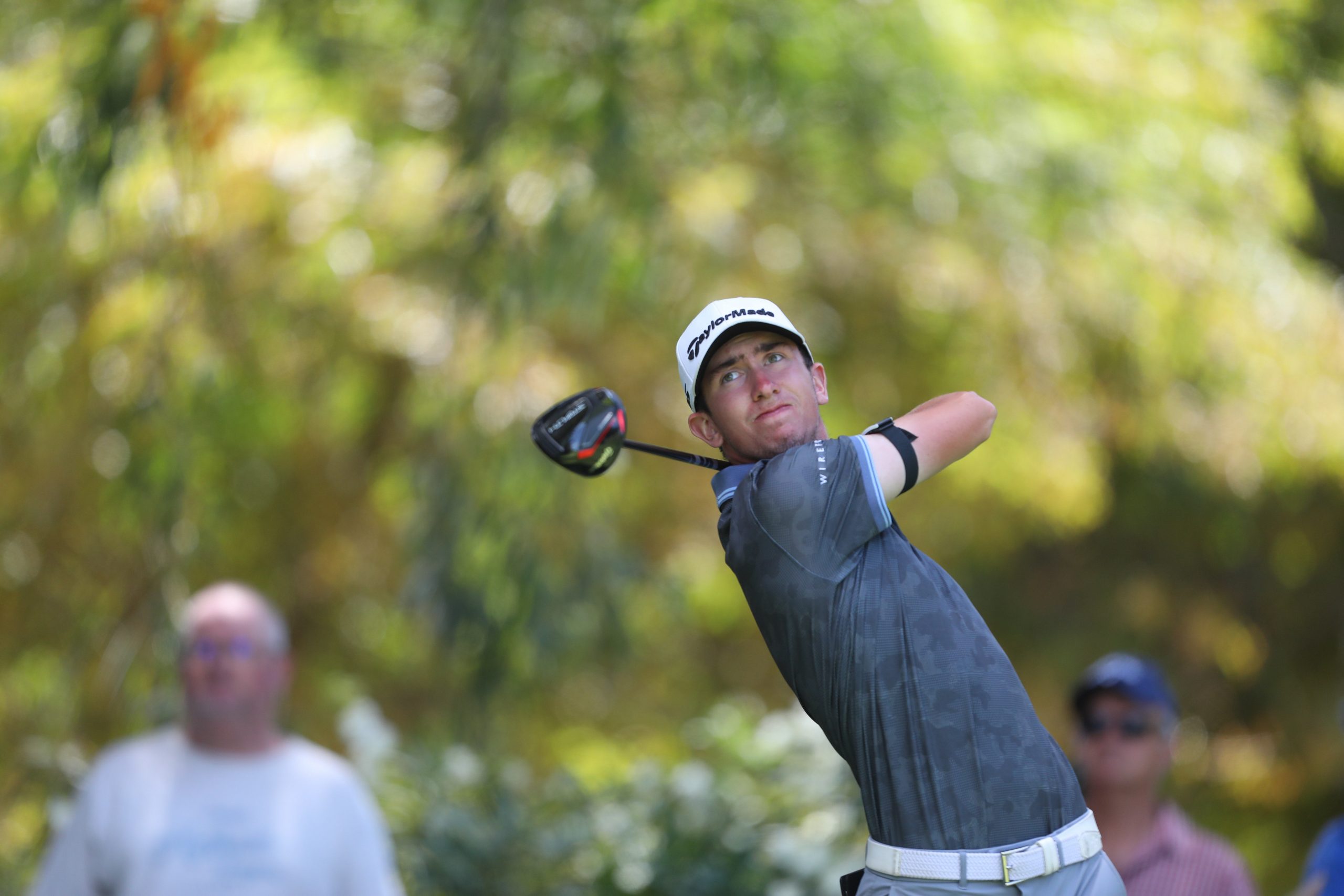 CAPE TOWN – Northern Ireland’s Tom McKibbin kept his young head during an extremely tricky day at the Royal Cape Golf Club and will take a two-stroke lead into Sunday’s final round of the Bain’s Whisky Cape Town Open.

With a different wind pulling at the swings and nerves of this Sunshine Tour and Challenge Tour field, McKibbin signed for a two-under-par 70 to lead the field on 16 under overall.

“I’m delighted. Arriving this morning and seeing how windy it was, I would’ve definitely taken two under today. It was really tricky,” said the 19-year-old.

His nearest challengers are defending champion JC Ritchie of South Africa and Spain’s Ivan Cantero Gutierrez on 14 under following their respective rounds of 67 and 69. And then Neil Schietekat and Zander Lombard are in a group of players on 13 under par.

The change in wind direction definitely caught the attention of this field on Saturday and had the greatest impact on the front nine.

“The wind was swirling quite a bit and it was just hard out there. It was a tough start with the wind, and then it eased up on the back nine. You could hit a good shot and it could just go into the trees,” said McKibbin.

Ritchie also struggled to adjust early in his round, and relied heavily on his past memories of this golf course and his success here.

“It was a funny round of golf today. I didn’t hit the ball great but kept my head down and missed in the right places and plotted my way around. The wind threw me a little off course. It was a wind direction I haven’t played in about two years, so it felt very strange. Early on I was uncomfortable with it, and the putter definitely kept me alive today. And it also helped just knowing where to miss on this golf course when things aren’t going your way,” he said.

Schietekat found it just as difficult out there and paid tribute to his short game for the 67 that he eventually walked off with.

“The wind was quite brutal the first nine holes and then it died down on the back nine. I had a scrambling front nine and then found something on the back, and had great up-and-downs to keep it going. I don’t feel like I’m hitting it great, but sometimes you can get scores done with just some chipping and putting.”

But as the lead changed all around him, McKibbin did a superb job of keeping focused and giving himself a shot at this title on Sunday.

“I just tried to dig in and accept every shot, and it all seemed to go all right. Once we got past the ninth hole it seemed to calm down a bit.”

He’s certainly looking forward to what could be a big Sunday for him in a tournament he was granted an invitation to compete in.

“It’s very exciting for me. I’ll just commit to every shot on Sunday and see what happens. I feel good. I’ve been practising to get myself in these positions. I’ve played a lot of golf tournaments before so I’m sure I’ll be fine. A win will mean a lot to me.”