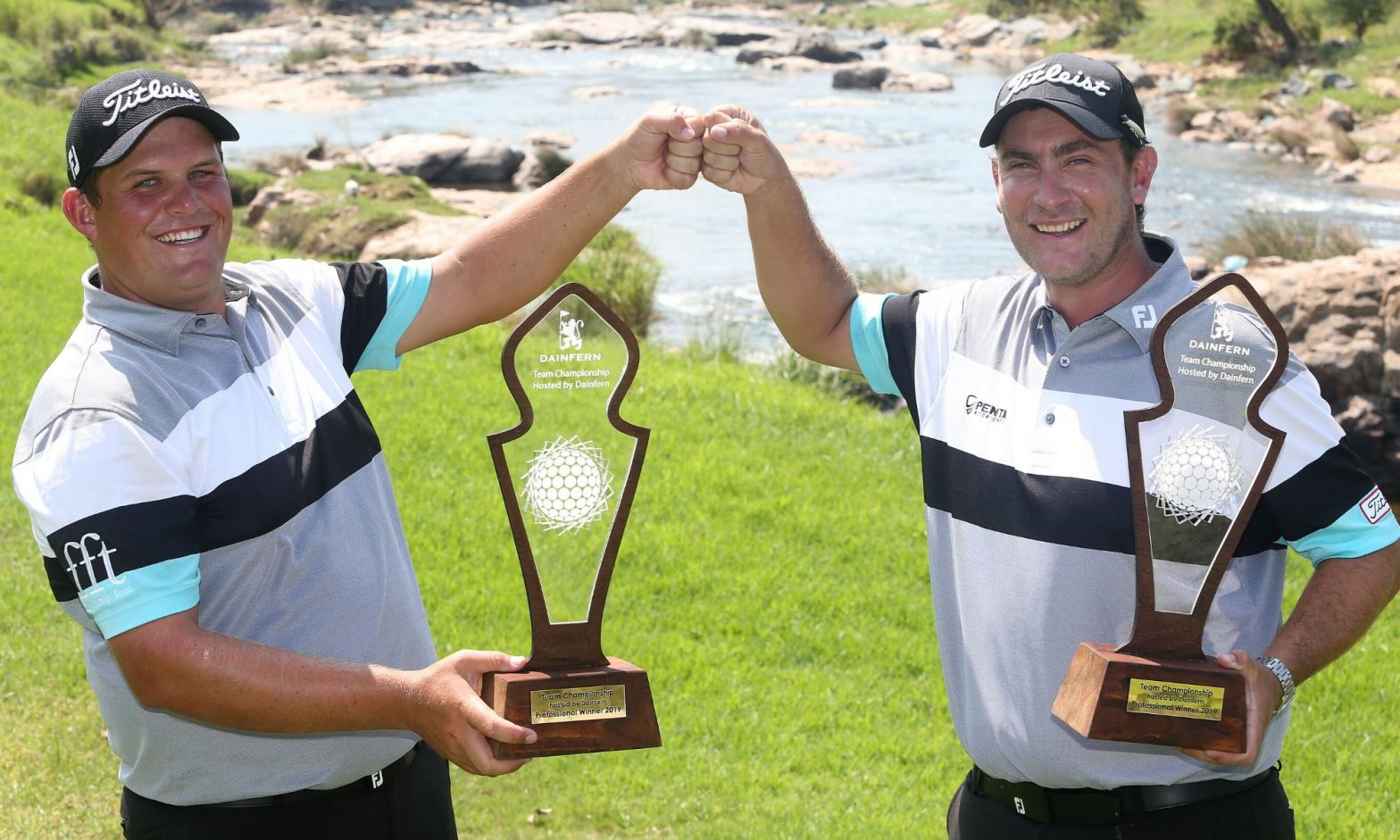 The Gauteng Team Championship returns to Dainfern Golf and Residential Estate for its third playing after it made its debut two years ago. The inaugural tournament was played at Steyn City and then it moved to its current home, Dainfern, the following year. It takes place from Thursday 23 January to Saturday 25 January.

54 holes of betterball and foursomes as follows:

Saturday 25 January: The format of play is betterball and there will be a cut after 36 holes. 24 teams will make the cut. If more than 24 teams tie on the cut number, a count-out will be done to determine the qualifying teams, but all teams on the cut number will be paid.

The Dainfern Country Club in Johannesburg was founded in 1991 and is an 18-hole golf course with a par of 72.

Gary Player designed the golf course and planted the fairways with Kikuyu and the greens with bentgrass.

Darren Fichardt comes into this event after a hard-fought playoff victory at the Eye of Africa PGA Championship against Matias Calderon after both players finished on 20-under par in regulation. While he missed the cut at the SA Open hosted by the City of Joburg a week prior, Fichardtâ€™s resilience at Eye of Africa last week not only showed him as a player that can win but also as one with big-match temperament.

He has teamed up with Jaco van Zyl this week, a veteran in his own right and a player whose form is also on the rise. Van Zyl came 28th at the SA Open and backed that result up with a 12th place finish last week in Eikenhof. An experienced pair seeking glory as a team, Fichardt and Van Zyl will be the team to look out for if their current form is anything to go by.

Thriston Lawrence and Daniel van Tonder finished fourth and fifth, respectively, last week and because both players, individually, have looked threatening in recent times. Lawrenceâ€™s SA Open showing was impressive, carding scores of 67, 65, 70 but he was let down by a final-round 75 to finish in a share of 36th. Van Tonder missed the cut at the national open but due to his solid performances throughout the season, he finds himself battling it out for the Order of Merit with Jaco Ahlers. To put his season in context, Van Tonder has played 16 events and has missed the cut only three times, highlighting the great form heâ€™s been enjoying up to this event.

Both known to hit the ball a long way, and with Lawrence making birdies for fun this season â€“ he has the most birdies this season, making 278 up to this point â€“ this team might be a surprise pairing for some, but it might just prove to be a perfect match-up.

Chris Cannon might have missed the cut in the last two events and failed to qualify for the two events which preceded those, but he has played consistent golf in the last two seasons and will fell that he is due a win soon. Already boasting three top 10s this season, Cannon comes to Dainfern with a solid enough partner in Philip Geerts.

The Italian has two top 10 finishes this season, obtained at Kingâ€™s Cup and Vodacom Origins of Golf in Sishen. His season has been stable, having missed the cut nine times in 17 starts. The fifth-place finish he got at Kingâ€™s Cup is his highest finish this season and that he has the ability to shoot a low one at times is a plus in a team situation.

Whether they will gel together as a team is yet to be determined but what is certain is that both Cannon and Geerts are strong competitors and both will feel a win is due to them. Could it be this week as a team?