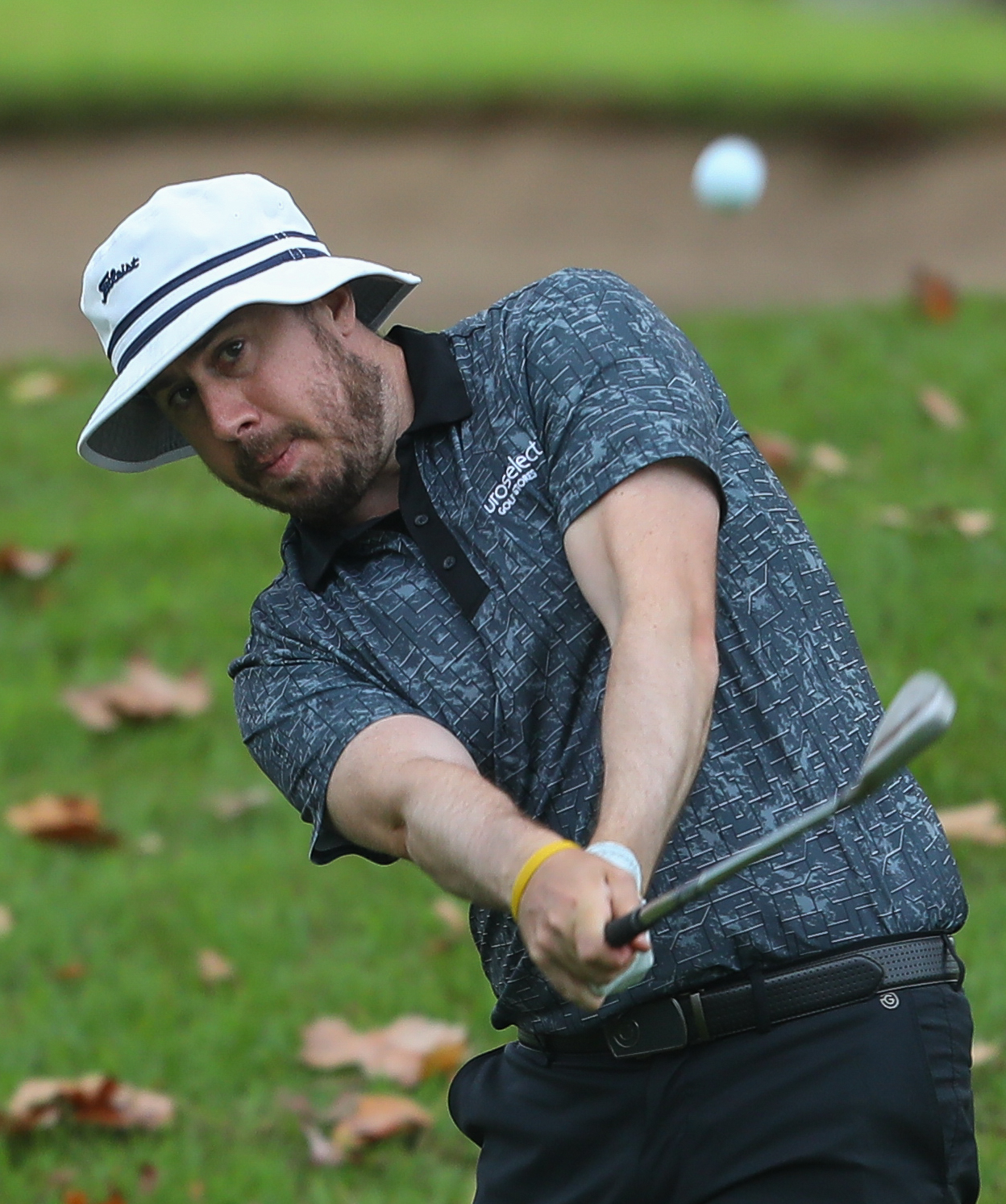 A bit of golf advice from Jack Nicklaus, and then personal advice from a friend all paid off for Englandâ€™s Ryan Evans as he signed for a 10-under-par 62 on the Outeniqua golf course at Fancourt on Thursday to lead the first round of the Dimension Data Pro-Am by one stroke.

The first two rounds of this Sunshine Tour and European Challenge Tour event are split between the Outeniqua and Montagu courses, and the Outeniqua was certainly in a giving mood on a wet and overcast morning.

Evans took full advantage with 11 birdies and only one bogey to give himself the edge over Northern Irelandâ€™s Michael Hoey on nine under par, and fellow Englishman Daniel Gavins on eight under. Merrick Bremner is the leading South African with an opening round of seven-under-par 65 on the Outeniqua. And GolfRSA National Squad amateur Casey Jarvis made a good start to his week with a round of two-under 70 on the Montagu course.

But it was Evansâ€™s mental approach that made all the difference as he was inspired by the advice from Nicklaus and a friend.

â€œA friend of mine in America is Tom Watsonâ€™s manager, and he invited me around to Jack Nicklausâ€™s home for drinks. Mr Nicklaus showed me around his home and all of his major trophies. It was just an amazing hour of chatting with the greatest golfer of all time. I asked him what his favourite golf course was and he said, â€˜I loved every single course I playedâ€™. He told me you have to go to every tournament and love every golf course because youâ€™re there to win and thereâ€™s no point complaining about conditions or complaining about the golf course. Every course you go to must be the best course youâ€™re going to play,â€ said Evans.

â€œAnd then I had a chat with a friend yesterday and I said I felt like I was taking bad results into the next week. He said just let it go and asked me why I started playing golf as a kid. I told him it was because I loved it. And he just said go out there and love the game. So I went out there with the mentality that Iâ€™m here to enjoy what I do.â€

Another man who enjoyed every bit of his first round was Hoey. He also played the Outeniqua on day one and was delighted with a bogey-free 63.

â€œI basically retired and had lost a bit of interest in the game, so I didnâ€™t have great expectations coming out to South Africa. I just thought Iâ€™m going to come to South Africa and enjoy it because I always love the food and weather here. So this is a nice bonus. I made some outrageous putts. Itâ€™s nice to feel the nerves again as well,â€ he said.

The low scoring all came on the Outeniqua, with Englishman Matthew Baldwinâ€™s 66 the low round on the Montagu on Thursday. – Michael Vlismas