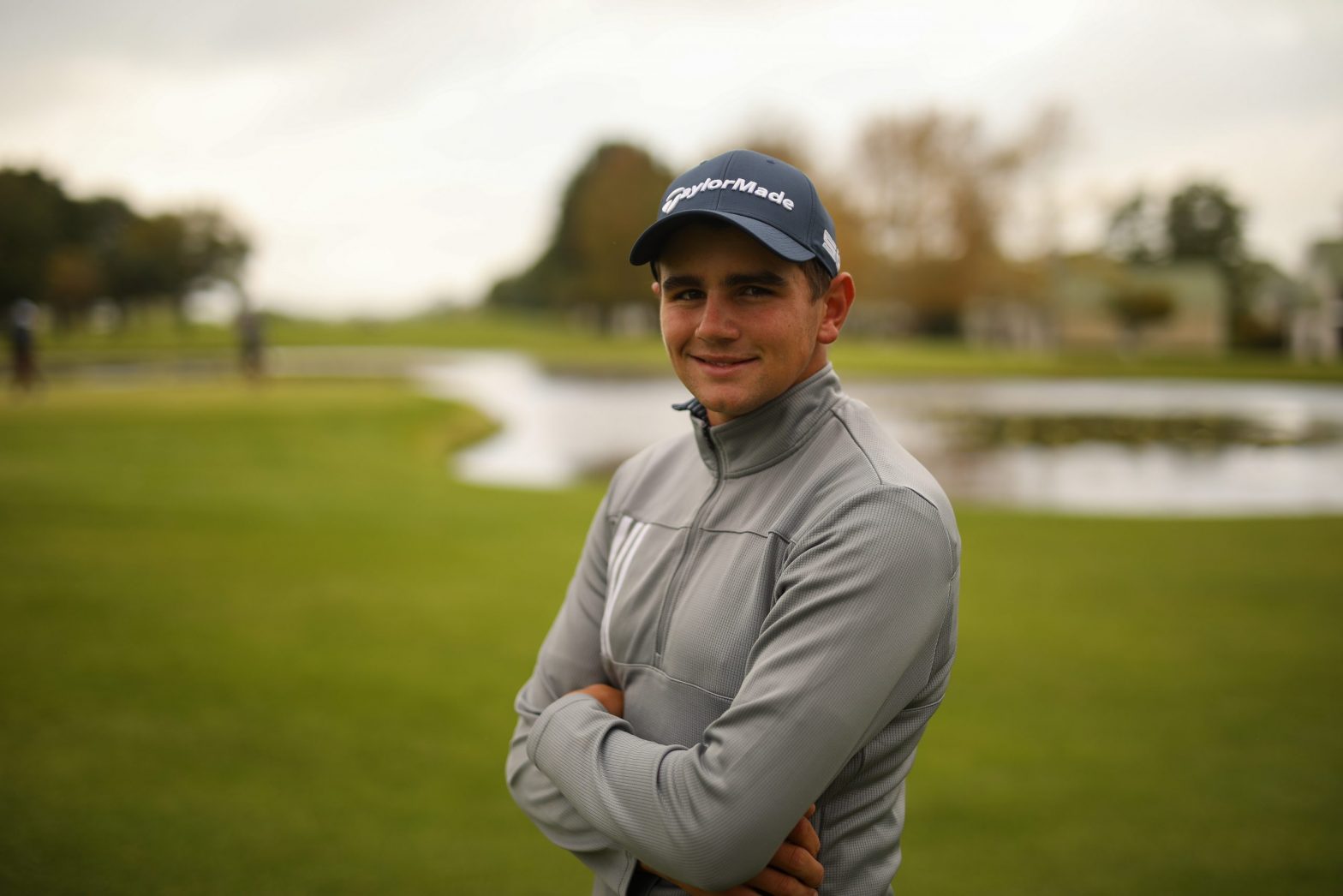 Veteran professional Darren Fichardt has played a few rounds with top young amateur Casey Jarvis in professional events recently, and believes the 17 year old has a very big future in the game.

â€œHeâ€™s an amazing young talent,â€ Fichardt said at this weekâ€™s Dimension Data Pro-Am at Fancourt, where Jarvis is enjoying his third consecutive week playing with the professionals after the GolfRSA National Squad member was given an invitation by the Sunshine Tour to compete in this South African Swing of events co-sanctioned with the European Challenge Tour. The young golfer started well with an opening 70 that left him eight-shot off the first-round lead.

â€œHeâ€™s got a lot of fire and passion, and an unbelievable short game. I think heâ€™s going to be very exciting to watch in the future. I think Casey is going to be an awesome talent.â€

Jarvis missed the cut in the Limpopo Championship and the Bainâ€™s Whisky Cape Town Open. But it was his performance at Royal Cape Golf Club in Cape Town that caught the eye of multiple Sunshine Tour and European Tour champion Fichardt.

â€œI played with him for the first two rounds in Cape Town. He had a lot of bad breaks at Royal Cape Golf Club. The way he handled himself and came out of that was impressive for a 17-year-old. He needed to shoot four under over the last three holes to make the cut, and he went three under with an eagle, birdie and then just missed the final birdie to make it.

Jarvis certainly has the results to back up the belief in his potential. In 2020, at the age of 16 years six month and 17 days, he became the youngest winner of the South African Stroke Play Championship after posting rounds of 66-65-67-65 for a total of 25 under par top finish nine strokes better than his nearest competitor.

Then he completed the double by winning the South African Amateur Championship, beating Scotlandâ€™s James Wilson 7&6 in the final. To this he added victory in several of GolfRSAâ€™s biggest provincial Opens. His victory in the Gauteng North Open in particular came after rounds of 69-63-64-63 for an eight-stroke victory. He ended the year with another major milestone, winning the Freddie Tait Trophy as the leading amateur in the South African Open Championship after finishing tied 25th overall. He was only the second golfer since 1969 to achieve the treble of the SA Amateur Stroke Play, SA Amateur and Freddie Tait Trophy in the same year.

And in this weekâ€™s Dimension Data Pro-Am, the young star is hoping to continue learning from the professionals.

â€œItâ€™s been great to play in these tournaments. Iâ€™ve learned a lot over the last few weeks. The biggest thing Iâ€™ve learned is that youâ€™ve just got to stay calm. All these pros are calm out here when something goes wrong. Youâ€™ve just got to stay calm and positive and stick to your gameplan. The pros out here are just so good. You need to be playing well every single week if you want to win,â€ said Jarvis.

Jarvis is planning to take this experience back to the amateur ranks, where he hopes to compete for honours in the biggest titles in the game as one of GolfRSAâ€™s elite national players.

â€œIâ€™m hopefully going to go over to the US Amateur and British Amateur this year and next year. I want to gain as much experience there as well and try and win one of the big ones. Thatâ€™s the plan. Iâ€™ll definitely be taking what Iâ€™ve learned here back to amateur golf and hopefully I can win again soon.â€ – Michael Vlismas