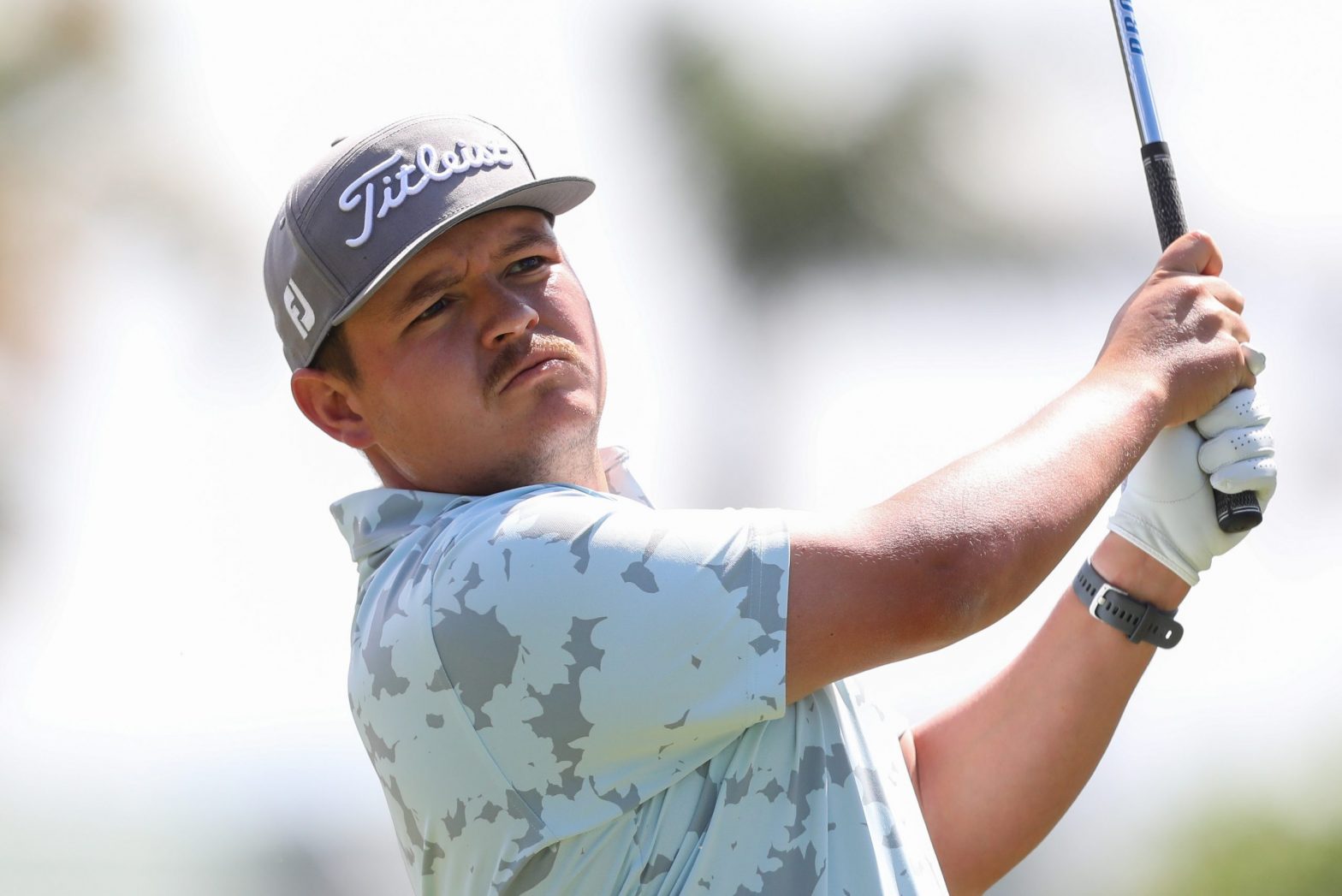 DURBAN, KwaZulu-NatalÂ â€“Â For the second day in a row Louis Albertse found himself at the top of the Vodacom Origins of Golf Series leaderboard alongside Adilson da Silva as they go into the final round of this Sunshine Tour event at Mount Edgecombe Country Club.

Albertse teed off in the afternoon on Friday and the 25-year-old from Dundee once again matched the veteran Da Silva all the way. The pair both shot one-under-par 69s in blustery conditions to go to five-under for the tournament, one stroke ahead of Ockie Strydom.

Although the rain that was an irritation on the first day had disappeared, there were gusty winds and rather fresh temperatures to contend with on Friday.

But Albertse, who is now in his fourth season on tour, felt at home, not only in the tricky weather but also being right in the mix at the top of the leaderboard.

â€œConditions were not easy but I felt I handled them very well. In these conditions there are always going to be mistakes, but Iâ€™m happy that Iâ€™ve ended the day in a good position. There was no rain this afternoon, but the wind was definitely a factor. In my last six or seven holes it really picked up and it was a bit cold as well.

â€œAt times the wind meant a difference of three or four clubs, and at this place when that happens then anything under par is good. I will approach the final round exactly the same. Iâ€™m playing nicely and thereâ€™s no need to change anything. Both my bogeys today were putting errors on the par fives, which was really surprising because Iâ€™ve been putting well. Iâ€™ve played with Adilson before and heâ€™s a really nice guy,â€ Albertse said.

With finishes of T10th, third (a career-best finish at the SunBet Time Square Challenge at Wingate Park), T42nd and T12th since the beginning of August, Albertse has risen to 21stÂ on the Money List. He is certainly playing with more consistency now, which he puts down to the work he has done with strength and conditioning coach Jacques Swarts.

â€œI think my recent success is a factor of a lot of things coming right at a similar time. But with Jacques Swarts Iâ€™ve been working really hard in the gym for the last couple of years and since that Iâ€™ve become a lot more consistent because my body feels good throughout a tournament. Itâ€™s the small things added together which have led to more consistency,â€ Albertse said.

Strydom, a winner of the Sishen Vodacom Origins of Golf Series in 2019, closed to within a shot of the leaders with his two-under-par 68 on Friday, which featured a double-bogey six on the 11thÂ hole and two other dropped shots, which were nullified by three birdies on each loop.

CJ du Plessis made a strong move into a tie for fourth on three-under-par with his 67, with experienced golfers Lyle Rowe, Anton Haig, Trevor Fisher Jnr and Hennie Otto lurking with intent on two-under-par with several other golfers.