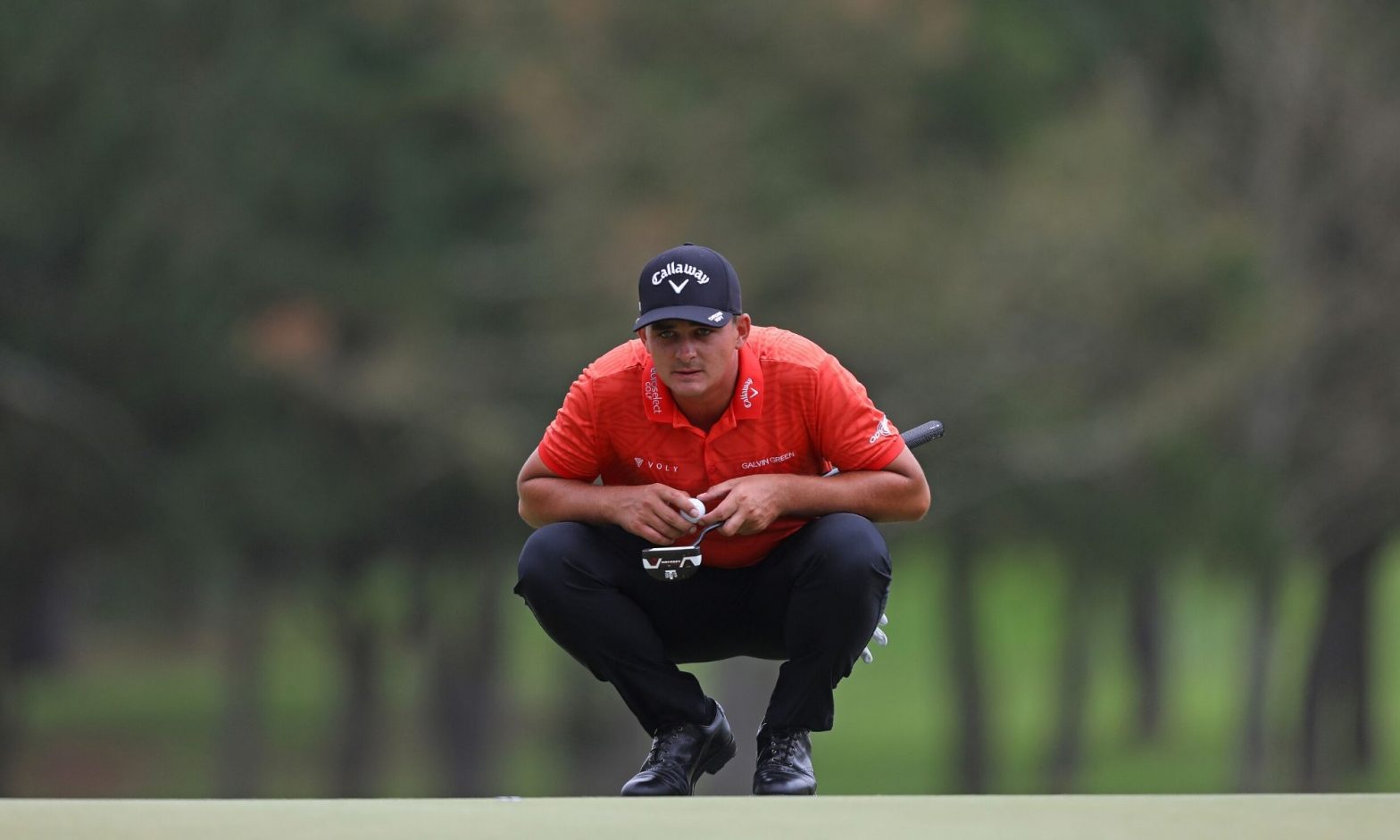 Christiaan Bezuidenhout says while he hasnâ€™t taken time to look at the past champions of the Dimension Data Pro-Am to draw some inspiration from, his only aim to ensure his name is the next to be etched onto that trophy.

He was speaking after his third-round of three-under 69 which took his overall tournament total to 20-under-par at Fancourt.

â€œI havenâ€™t really looked at the past winners here,â€ he admits, â€œbut Iâ€™m sure there are a couple of good names on it and I would like to put my name in there too. I will go for it tomorrow and hopefully, I can pull it off.â€

Unlike the first two days when he opened his round with birdies from the onset, Bezuidenhout was a little slow off the mark on Montagu on Saturday, making three straight pars before making his first birdie. That joy was short-lived because immediately after making that birdie, a bogey followed. A par on the sixth was followed by another bogey which was followed by a birdie which ensured he was level-par at the turn.

â€œI hit some great shots on the first few holes,â€ says the man who has been leading in this tournament from day one, â€œI just couldnâ€™t convert the putts. I felt like I was playing well but the putts were not going in as they did in the first two rounds. Tee to green, I played well and it was tough with the swirling wind but, overall, it was a solid round.â€

That birdie on nine was the beginning of the turnaround for Bezuidenhout on moving day. From there on, he picked up two more to make it three birdies on the trot. He made further gains on the 15th hole, taking his total to 20-under and ensuring he takes a two-stroke victory into the final round which will be played on Montagu.

Trailing him by two shots is compatriot, George Coetzee and Spainâ€™s Santiago Tarrio Ben. Tarrio Ben carded a one-under 72 round on the Links while Coetzee was unrelenting in his pursuit for the top spot, signing for an impressive seven-under 65 on Montagu.

He shrugged off a painful bogey on the opening hole and made three birdies on the front nine to turn in 33. Then, he made an important eagle on the 10th and followed that up with a birdie on the next hole. He dropped another shot on the 14th but swiftly recovered with back-to-back birdies on the 15th and 16th holes to seal the second spot ahead of what promises to be a spectacular final round if this 25th edition of the Dimension Data Pro-Am.

â€œToday I made a lot more birdies,â€ he said, â€œbut I also made a couple of dodgy swings which I will go and sort out now. Hopefully, my knowledge of this course helps me tomorrow. Iâ€™m really looking forward to tomorrow and I hope the course treats me well again because Iâ€™ll be sure to treat it very well.â€