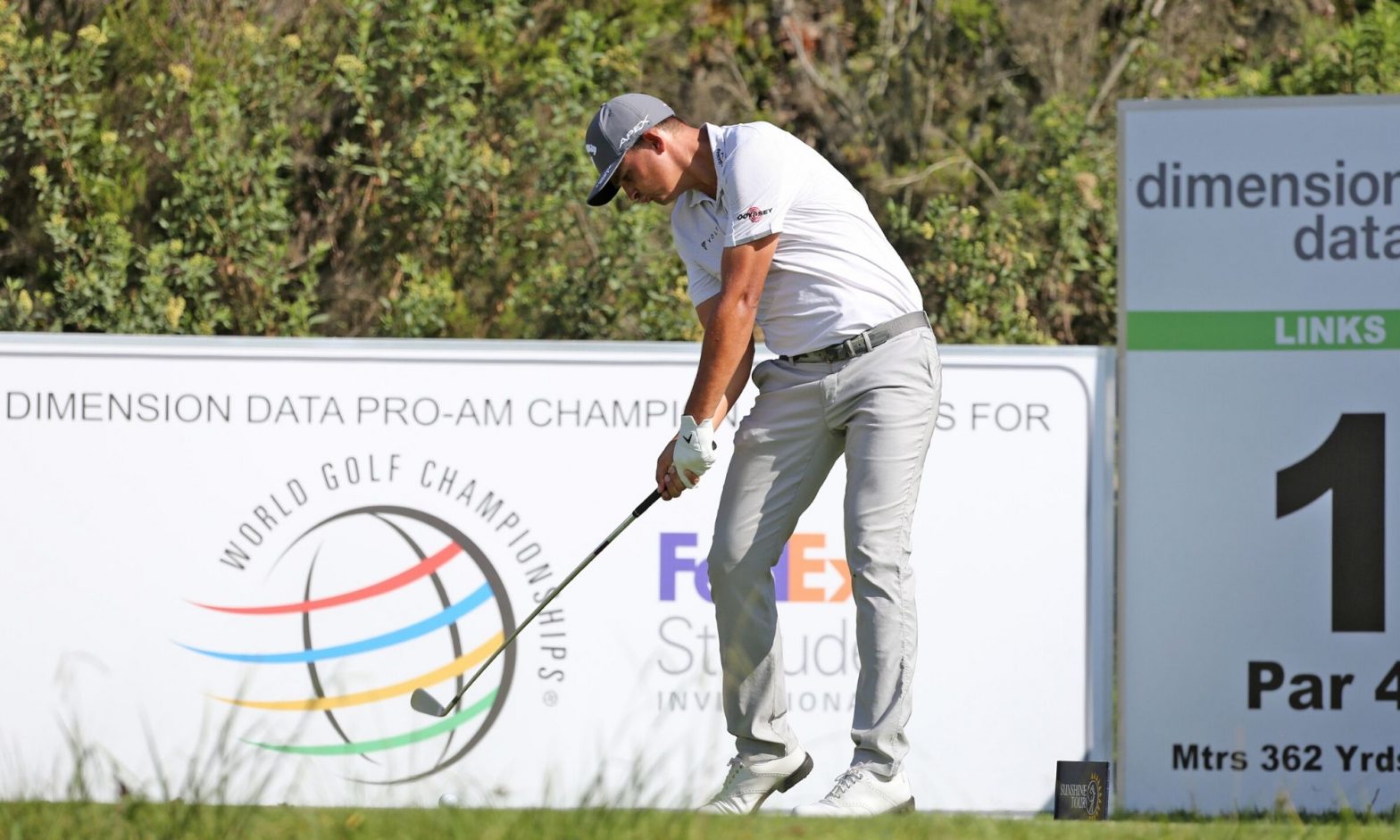 Christiaan Bezuidenhout backed up his sublime opening round of 61 at this yearâ€™s Dimension Data Pro-Am with an even more impressive score, a six-under-par 67 on The Links, to total 17-under after 36 holes and keep his spot at the top of the leaderboard on day two at Fancourt Golf Estate.

He is joined by Spaniard, Santiago Tarrio Ben at the top after round two. Â Bezuidenhoutâ€™s start on day two was similar to how he began the first round. He made two birdies in his first three holes to get started on the daunting Links layout before making further gains on the fifth. Bogeys on the seventh and ninth holes followed, threatening to derail his progress in the tournament.

His recovery from those, however, was swift and assured, with back-to-back birdies on the 10th and 11th holes. An important par-save on the 12th was followed by a trio of birdies one after the other to get his round back on track and to tie the lead with Tarrio Ben who was already in the clubhouse.

â€œIf anyone said Iâ€™d shoot six-under-par the Links today, I wouldâ€™ve taken it,â€ said Bezuidenhout after yet another solid performance. â€œI made 11 birdies yesterday and I knew it was always going to be difficult to follow that up with a good score, so Iâ€™m happy with how things went out there today. The Links is a tough test and you have to drive it well here, and then it comes down to the putting. The putting wasnâ€™t as good as yesterdayâ€™s but, as I said, it was always going to be difficult to do it here.â€

Tarrio Ben was just as solid on Friday on the Outeniqua course, making seven birdies, an eagle and a bogey en route to a share of the lead with Bezuidenhout.

Richard Sterne lies third after a spectacular seven-under 66 on The Links which took his total for the week to 13-under and leaves him four shots off the pace as we head into the weekend. Stephen Ferreira who played on Outeniqua as well, also gave a good account of himself on Friday, firing in a 68 which catapulted him to fourth on the leaderboard on 12-under-par.

Tying fifth on a score of 11-under-par is the trio of Dean Burmester who shot a 68 on The Links, George Coetzee who shot a 69 on the same layout and New Zealandâ€™s Daniel Hillier who carded a 68 on the Outeniqua track.