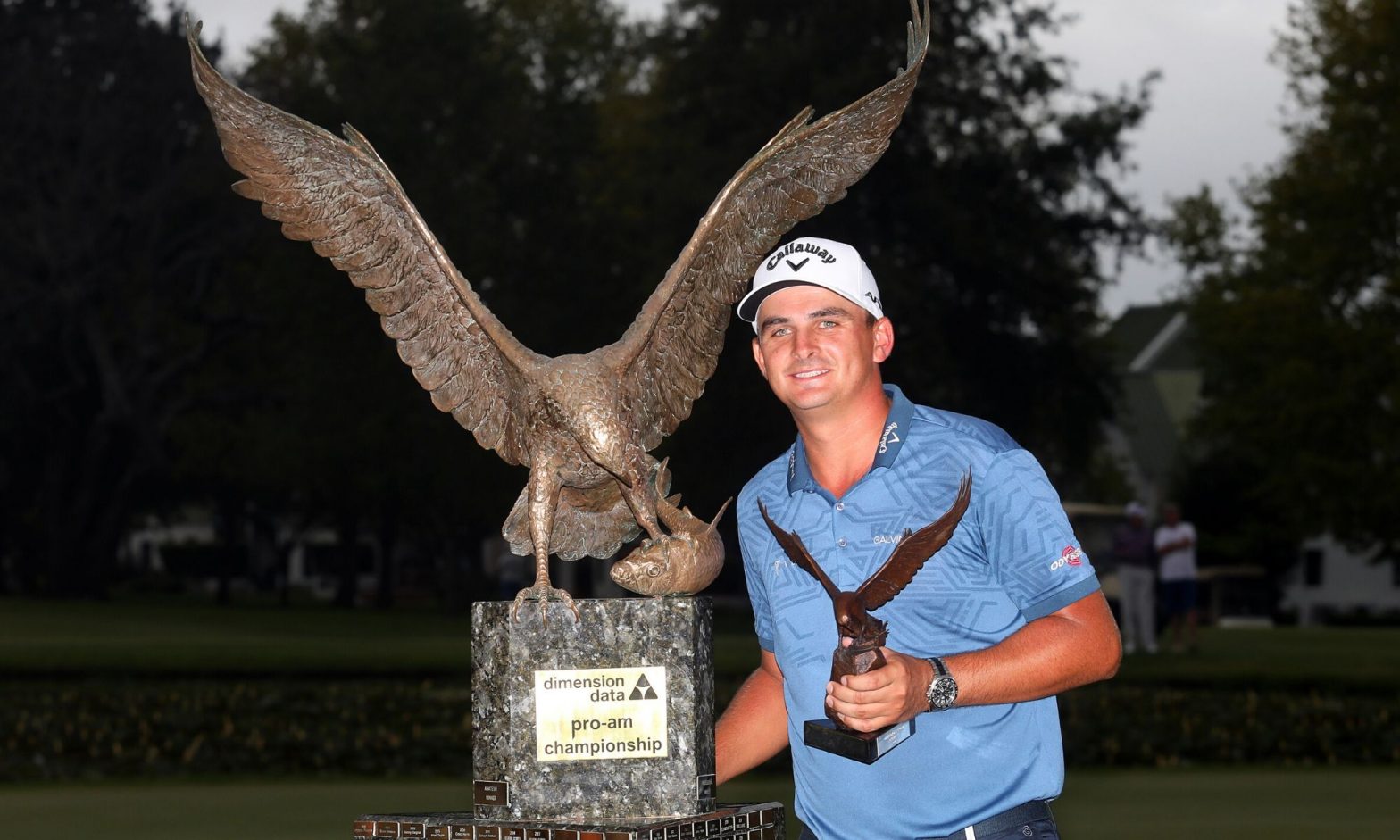 Christiaan Bezuidenhout made an eagle on the last hole on Montagu to claim a one-stroke victory over George Coetzee in the Dimension Data Pro-Am on a tournament total of 25-under-par 264 on Sunday.

Bezuidenhout was in scintillating form the whole week at Fancourt, having led the tournament from the first day through to the last. On the final day, however, he had some serious competition from the 2016 winner of the event, George Coetzee, who looked liked heâ€™d sealed victory when he finished at 24-under par and was a shot clear of Bezuidenhout when the latter was playing the 17th.

â€œI got off to a perfect start and made birdies on the first two holes,â€ he said, â€œbut I hit a wayward tee shot on the third but it was tough out there. Today the wind was swirling a lot and on the first nine, it was blowing quite a bit. But I just stuck to it and it was great to finish off with an eagle.â€

Tough it was because for about 50 minutes the round was suspended due to a threat of a storm which was passing through the area. As can be imagined, the brief stop affected momentum for all players but Bezuidenhout showed some serious big-match temperament to keep going even when Coetzee was leading.

â€œIt affected the momentum a little bit, especially on the restart,â€ he admits, â€œand I hit a poor tee shot on the 12th, three-putted and kind of thought my chances were gone because George was playing great with no bogeys, hitting fairways and greens every time. I knew I needed something special and luckily, I did it.â€

He admits that he was watching the leaderboard on every hole so that he knew what the other playing were doing, especially Coetzee who was looking to becoming only the third player to win this title two times, with others being Nick Price and Darren Fichardt.

â€œI was watching it a lot, ever hole,â€ he says, â€œthat way I knew what I needed to do. So, I knew I had to make birdie on the last to take it to a playoff but luckily, I hit a great driver and then an eagle to win. Itâ€™s a special tournament, this, and I have always wanted to win it. So, to do it now is really awesome.â€