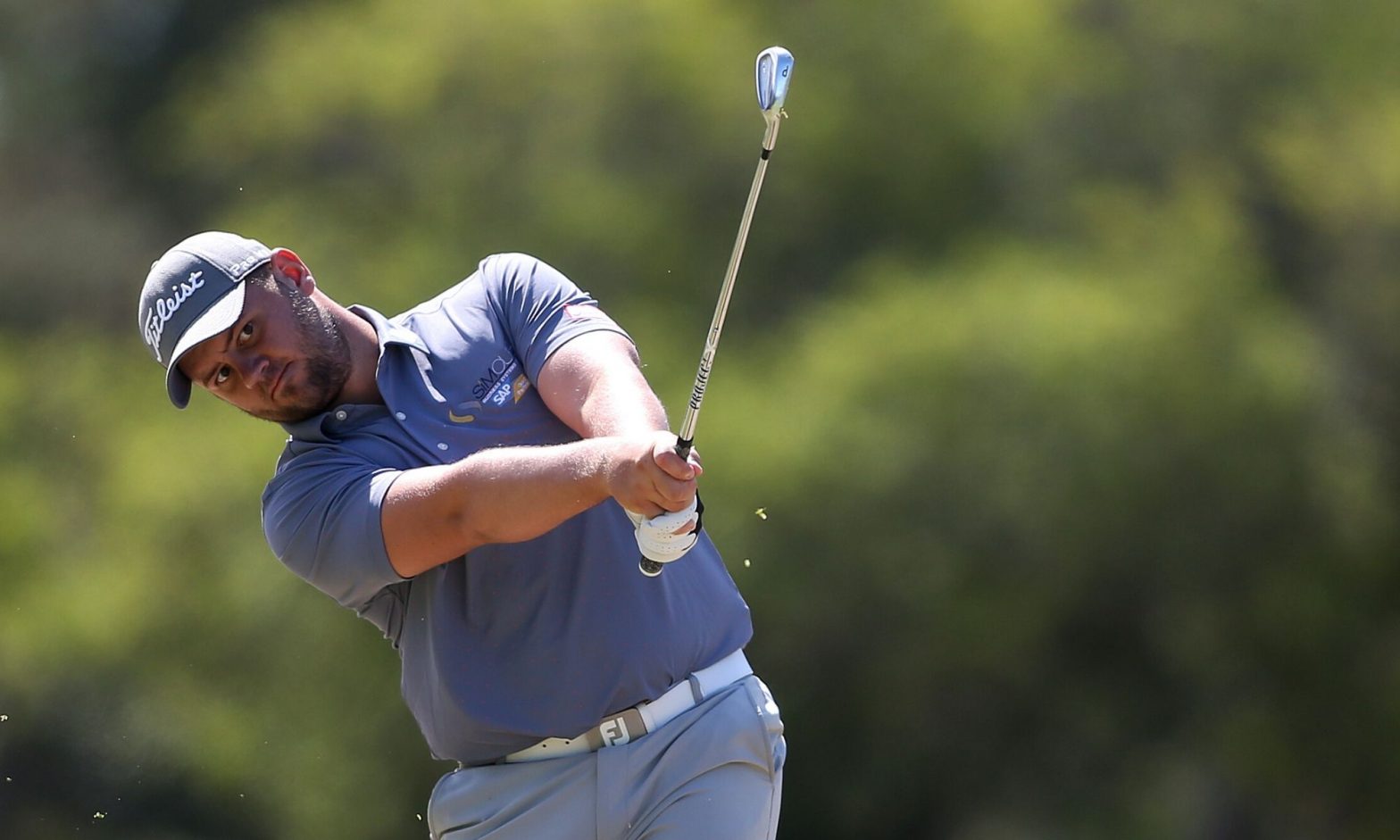 Daniel van Tonder carded a bogey-free six-under-par 66 in the opening round of this yearâ€™s edition of the RAM Cape Town Open co-sanctioned with the European Challenge Tour and hosted at Royal Cape and King David Mowbray Golf Club.

Van Tonder had to wait four holes before making his first birdie of the day on the King David Mowbray golf course and would not make any more birdies on that front nine as he turned in 35. He turned things up on the homeward stretch, making back-to-back birdies on the 10th and 11th before a par on the 12th threatened to slow him down.

He shrugged that off expertly, bouncing back with a birdie on 13 before making a game-changing eagle in the next hole. He kept things steady from there on, making pars in the last four holes to sign for a blemish-free 66.

â€œThe wind was blowing hard hey,â€ he said, describing the conditions most of the morning field had to contend with on day one. â€œIt was gusting and stuff. Sometimes on 110 yards, I was hitting a 6 iron. Hitting it low and hard and trying to keep it nicely in play. It was tough.

â€œIt is very difficult to commit to a club when the wind is like that. Most of the time here the wind is in off the right and sometimes you have to aim 40 metres right of the green and trust the wind to bring it back. But it was fun.

â€œOverall, Iâ€™m happy with my score. It felt easier, I donâ€™t know why, maybe because I was listening to my wife whoâ€™s on the bag. It felt easy.â€

Lurking closely just a shot off Van Tonderâ€™s pace is Englandâ€™s Toby Tree whose familiarity with the courses and grasses in South Africa must be attributed to the couple of years he spent here as a Sunshine Tour member. He carded a five-under 67 opening round on the King David Mowbray Golf Club track.

His round was characterised by an eagle, four birdies and a single dropped shot in windy conditions in Pinelands. Lying two strokes behind Van Tonder and in a share of third in JC Ritchie and Franceâ€™s Damien Perrier who both signed for 68s.

Italyâ€™s Aron Zemmer and the English pair of Mitch Waite and Harry Ellis share the fifth spot on three-under-par while Belgiumâ€™s Christopher Mivis, Martin Simonsen and Nicolai Kristensen of Denmark and Jean Hugo are among the 11 players who share eighth on two-under-par after the first round in Cape Town.