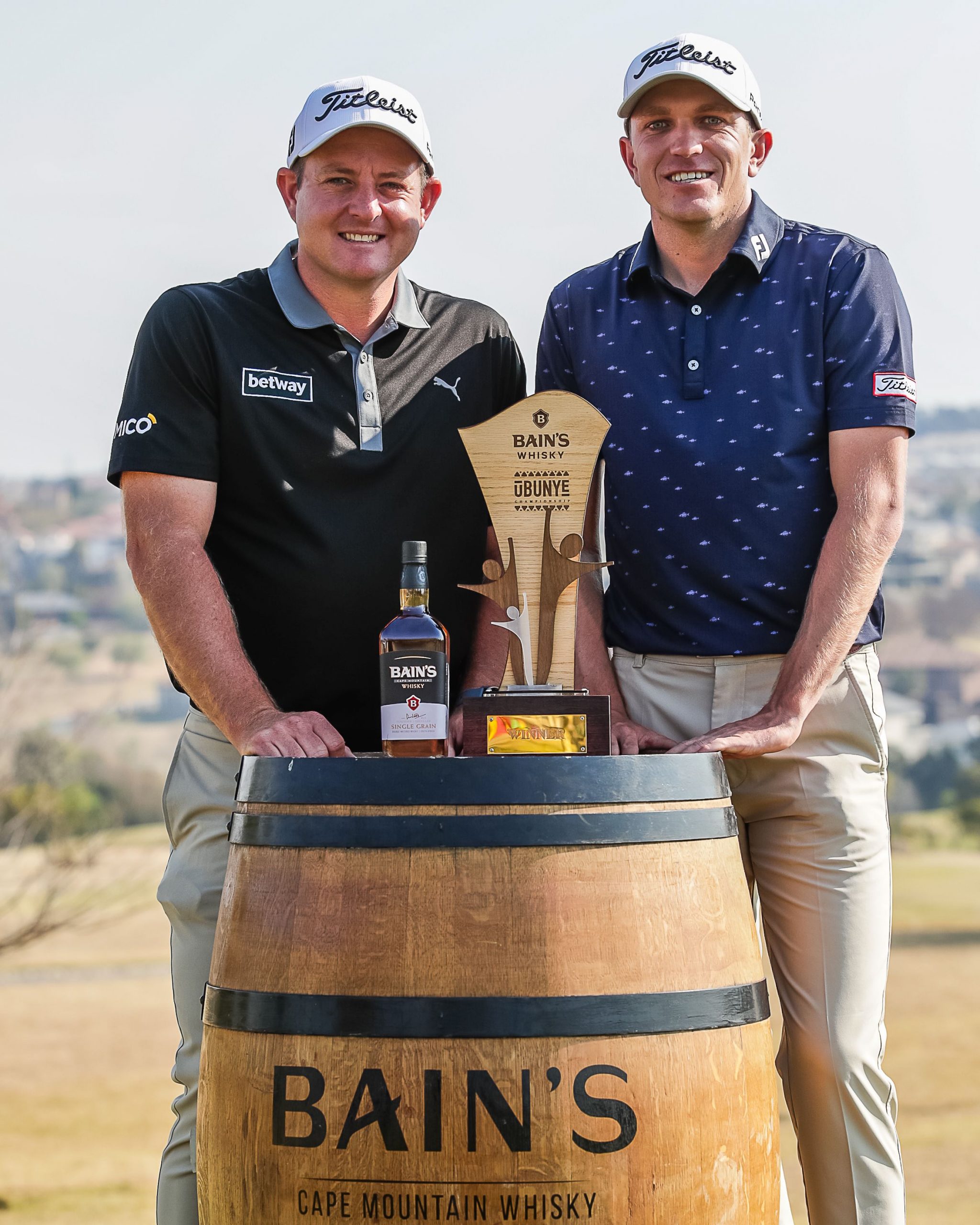 Chipping in on the 10th green and then making birdie on the 13th proved to be the key blows as Martin Rohwer and Merrick Bremner held off the chasing pack to win the Bain’s Whisky Ubunye Championship by six strokes at Blue Valley Golf Estate on Saturday.

Rohwer and Bremner took a four-stroke lead into the betterball final round of this R1.2 million event, but that had all but evaporated as Combrinck Smit nailed a hole-in-one on the 173-metre second hole and then Erhard Lambrechts sank his second for an albatross on the par-five third hole.

But they are relative greenhorns compared to Bremner and Rohwer and the KwaZulu-Natal duo held their nerve superbly in tough, blustery conditions. Even so, they were only a couple of strokes ahead as they completed the front nine, before Rohwer chipped in for eagle on the 10th and Bremner made an important birdie putt on the par-five 13th.

“The wind was up today so it made it tough,” Rohwer said. “But we hung in there and dovetailed together quite well. The chip-in at 10 and then a huge birdie at 13 when Merrick chipped it almost dead, just pulled us clear a bit.”

“We had seen a scoreboard on the ninth so we knew exactly how well Erhard and Combrinck were doing. But we stayed pretty aggressive and those three shots gained made it much easier for us down the stretch,” Rohwer said.

Bremner and Rohwer birdied the 15th and then the par-five closing hole to finish with a 62 and 28-under-par overall. Lambrechts and Smit eventually posted a 61 to leave themselves on 22-under, alongside Jean Hugo and Hennie du Plessis, who were also 11-under on Saturday.

The victory was a particular relief for Bremner, a 36-year-old tour veteran for whom success has been elusive over the last year or so. It is his first victory since 2020.

For Rohwer, who claimed his second title at the Vodacom Origins of Golf final in January, the triumph rounded off a near-perfect week.

“It really helps with my exemption category which was going to run out in January. So now I’m in all the big co-sanctioned events and it’s just nice to win after putting in all the prep. It’s also massive for Merrick, who was great to have as a partner. It’s always special teaming up with a mate. And I absolutely loved the betterball-foursomes-betterball format, from start to finish,” Rohwer said.