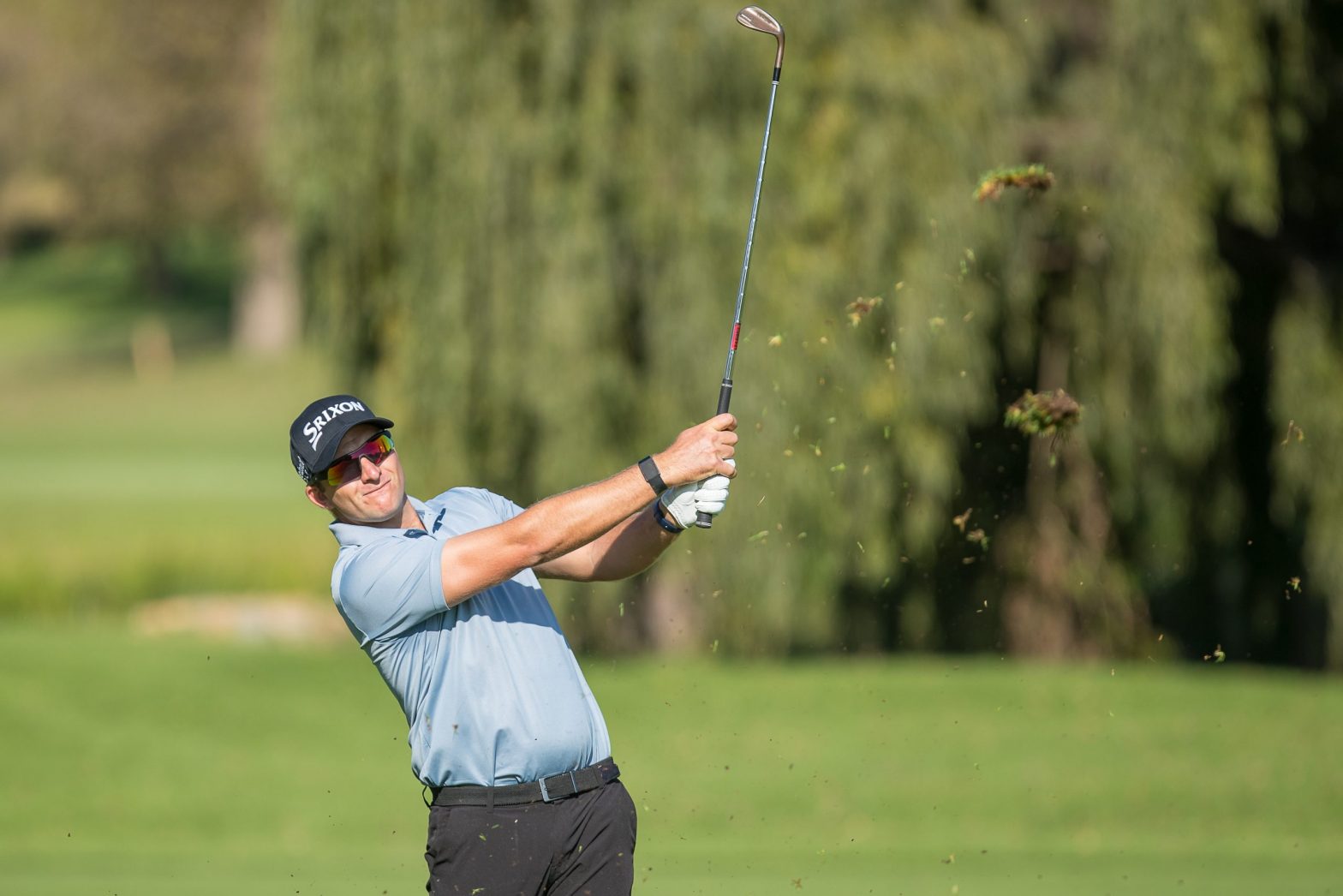 Dean Burmester and Ockie Strydom shared the lead with their rounds of seven-under-par 65 in the first round of the Kit Kat Group Pro-Am at Royal Johannesburg and Kensingtonâ€™s East Course on Friday.

They finished a weather-interrupted day one stroke clear of the South African duo of Malcolm Mitchell and Jake Redman, and Welshman Rhys Enoch.

The first tournament of the Sunshine Tourâ€™s 2021 calendar has drawn a strong contingent of young stars including Garrick Higgo, who is two shots off the lead. Jayden Schaper opened with a round of four under 68 and Wilco Nienaber signed for a 69.

Burmester, playing the back nine first, started strong with birdies at holes 10 and 11 which are amongst the longest back-to-back par fours in golf.

â€œA birdie-birdie start is always nice, especially on those two holes. That definitely boosted the confidence,â€ he said. â€œThose are not the easiest par fours out there. For many years they were the longest back-to-back par fours in the southern hemisphere. You need good tee shots on both.â€

He capped off his round with an equally strong finish of three birdies in the final four holes.

â€œWhen it comes to the front nine here you always feel like you want to take advantage because you have three par fives there. I didnâ€™t birdied the par-five first, so it was nice to get the other two.â€

While it was a bogey-free start for Burmester, he still feels thereâ€™s room for improvement.

â€œThereâ€™s always work to be done. I didnâ€™t hit too many fairways, but when I missed I was on the right side so I was able to keep giving myself chances. But itâ€™s just so good to be back playing on the Sunshine Tour again, and back at Royal Johannesburg and Kensington as well.â€

Strydom, who played his first full round of golf last week after recovering from a back injury, had a more adventurous start with two birdies, two bogeys and an eagle in his opening six holes. His short game came to the fore with that eagle on the par-five sixth where he holed a lob wedge from a difficult downhill lie at the back of the green. Then he finished his round with three straight birdies.

â€œThis is not an easy course. Youâ€™ve really got to keep your head around here, so seven under is a good round for me,â€ he said.

â€œIâ€™m in a good space with my game. As Iâ€™ve recovered from my back injury Iâ€™ve been working a lot more on my swing technique with my coach, and itâ€™s starting to show in the ball flight. I have a lot more confidence in terms of my swing and knowing exactly where the ball will go.â€