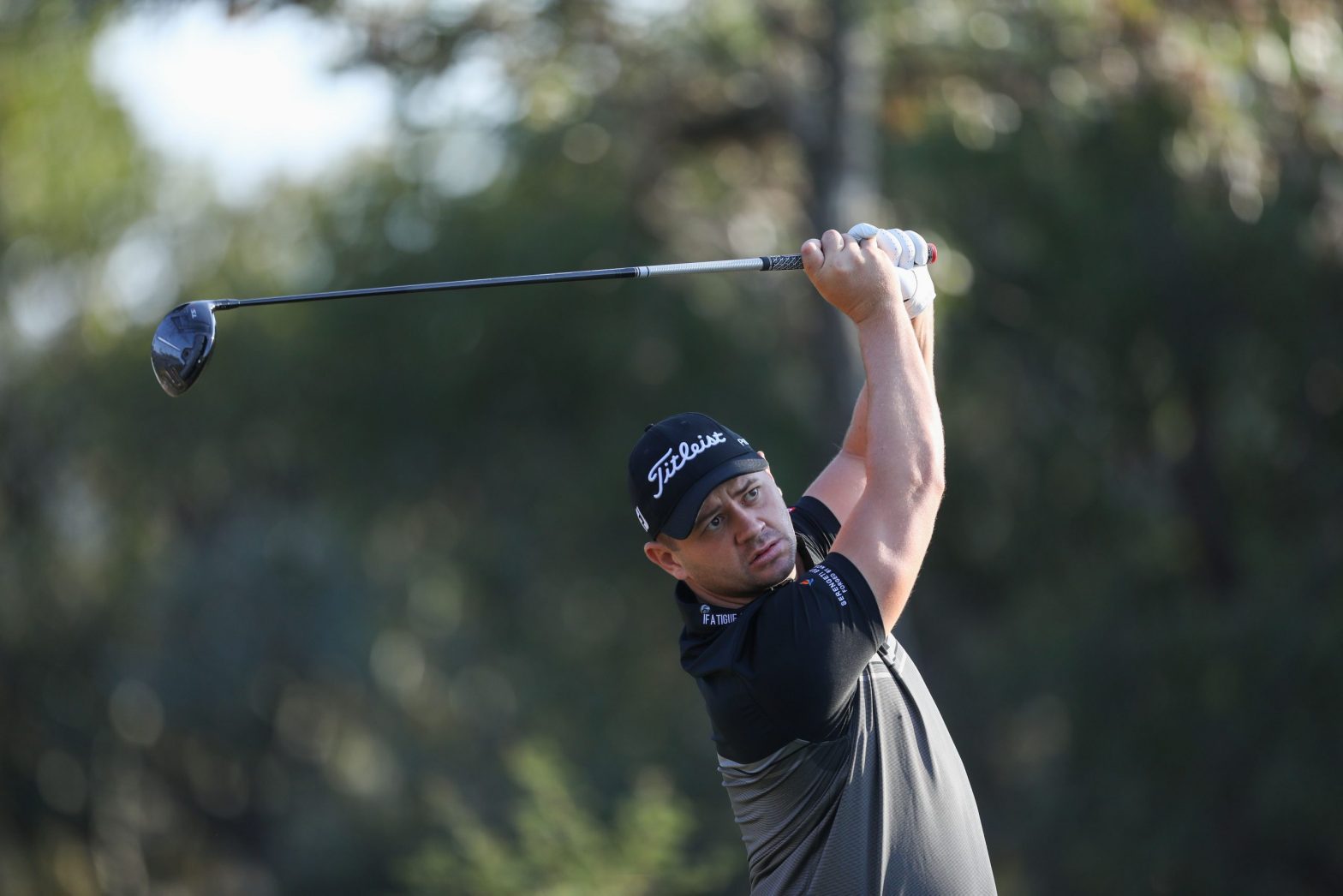 The power of a European Tour victory is seen not only in the confidence of Daniel van Tonderâ€™s play, which shone through in his first-round 66 for the clubhouse lead in the Limpopo Championship at Euphoria Golf and Lifestyle Estate on Thursday, but also in his words.

Van Tonder, who is still enjoying the momentum of his breakthrough European Tour win in the Kenya Savannah Classic in March, holds a one-stroke lead over fellow South African Neil Schietekat and Denmarkâ€™s Niklas Moller after an incomplete first round of a Limpopo Championship co-sanctioned by the Sunshine Tour and European Challenge Tour. Darkness meant the round will have to be completed on Friday morning before the start of the second round.

But with a European Tour card now in his pocket, Van Tonderâ€™s words resonate beyond just this week and a desire to win here. They now also include talk of world rankings and Majors.

â€œKenya definitely changed a few things for me,â€ he says while standing in the shade of a sprawling maroela tree.

â€œIâ€™m currently waiting for my UK Visa to come through, then after that itâ€™s off to play in the PGA Championship and then full European Tour from there.â€

For the next three weeks in South Africa, when heâ€™ll also play in next weekâ€™s Bainâ€™s Whisky Cape Town Open and the following weekâ€™s Dimension Data Pro-Am, Van Tonder is also hoping to improve on his current world ranking of 80th.

â€œPlaying these three events brings with it world ranking points, and I want to try and get into the top 60 in the world by the end of these three tournaments and try and make it into the US Open. Thatâ€™s the plan.â€

Itâ€™s a vastly different approach to when Van Tonder last won a tournament at Euphoria, in the 2014 Vodacom Origins of Golf, and it shows how far he has come.

â€œBefore a win like that, youâ€™re playing week to week for the money to keep on living. But when you win on the European Tour, then you donâ€™t care so much about the money anymore and you start caring about tournaments. Itâ€™s all about confidence.â€

And perhaps the biggest indication of just how much his life has changed is where he now calls home.

â€œI used to live in Fourways, and now Iâ€™ve moved to Serengeti Estates where Iâ€™m an ambassador for them. Iâ€™m very grateful to all of my sponsors whoâ€™ve supported me to get to this point in my career.â€

Van Tonder is also well aware of the pitfalls that come with success, and plans to avoid those as much as he plans to avoid errant tee shots at Euphoria this week.

â€œThe trick is to keep on practising. The mistake is to think youâ€™ve made it and now you donâ€™t need to practice anymore. You need to keep putting in the hard work.â€

Behind Van Tonder are two particular fellow Sunshine Tour professionals who will certainly keep him focused for the remaining three rounds.

Schietekat has come close enough to a win in recent Sunshine Tour events to make him even more hungry for success. â€œIf I get the putter going thereâ€™s definitely a low one out there,â€ he said.

And Jaco Prinsloo is just two shots off the lead and looking to turn the form of his two Sunshine Tour victories in March into a win on the European Challenge Tour and the next step in his own career. – Michael Vlismas