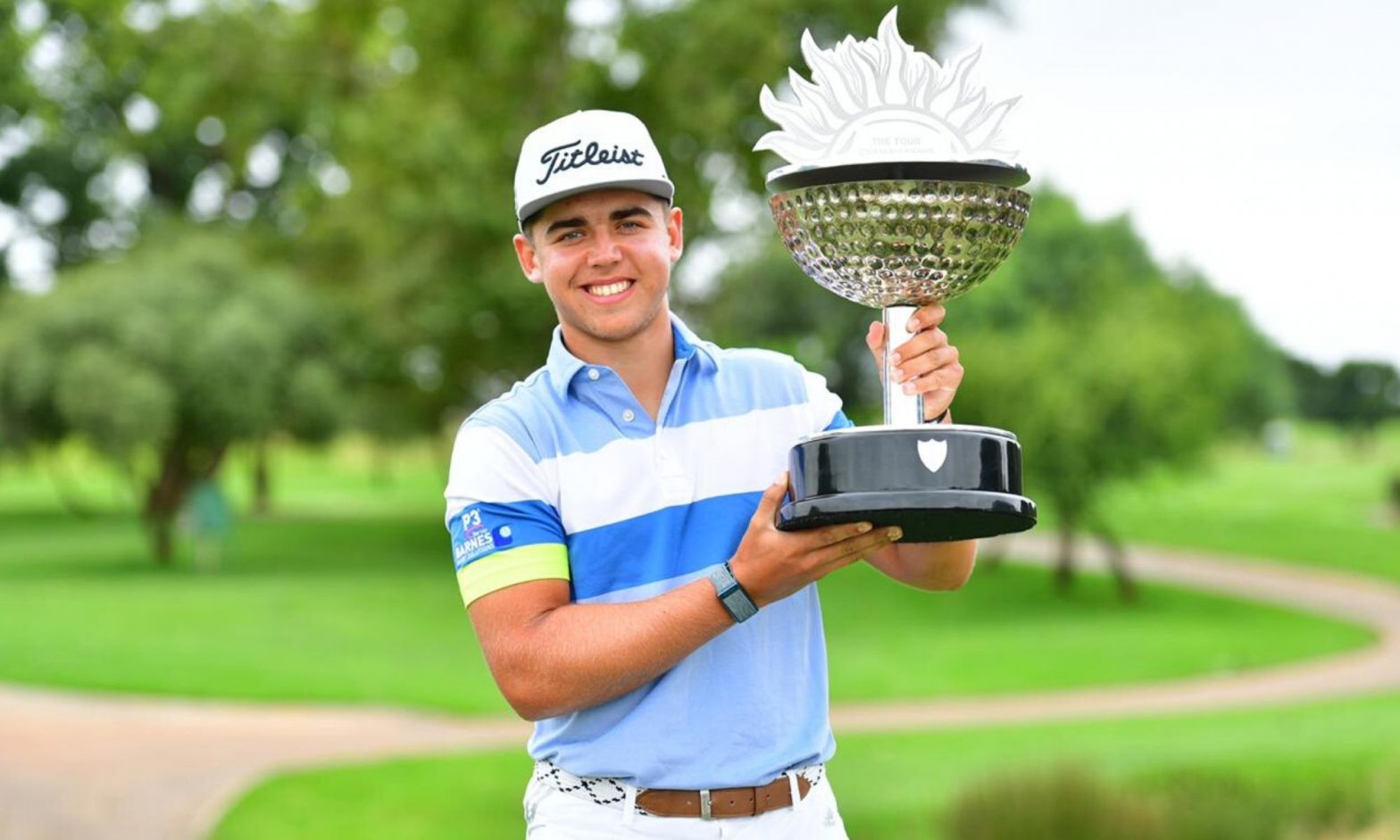 Garrick Higgo claimed a come-from-behind one-stroke victory over Haydn Porteous in the season-ending Tour Championship which was held at Serengeti Golf and Lifestyle Estate to finish a successful rookie season on Tour.

Higgo started the round one shot off Ockie Strydomâ€™s overnight lead, at 13-under-par, and had some work to do to earn his second title in his rookie season â€“ having claimed the Sun City Challenge last June.

He went around the front nine of the Serengeti Signature golf course in 33 and bogey-free. But it was Thriston Lawrence who was leading at that time. Two birdies, an eagle and a bogey followed on the back nine â€“ his favourite nine of the course, by his admission â€“ to sign for a six-under 66 final round which took his tournament score to 19-under-par 269.

â€œI wasnâ€™t really expecting to win this one,â€ admitted Higgo after his scintillating round. â€œI just came here to play my best golf and have some fun. And even today, it didnâ€™t really feel like I was up there but things kind of changed on 16 when I made the eagle and I donâ€™t know what Thriston did. I donâ€™t really like the front nine here so I was happy to get out of there with w decent score.

â€œThriston Lawrence was already 19-under through the first nine so I knew I had to go for it on the back nine and I did. But I missed a short putt on 13, 14 and then made bogey on 15 and I thought â€˜whoa, now I’ve got to go eagle, birdie, birdie to have a chance. Then things changed on 16.â€

To make it even a sweeter finish to the season for Higgo, he was also awarded the Bobby Locke Trophy for a superb rookie season in which he claimed two wins (Tour Championship title included), a runner-up finish in Cape Town and three top 10 finishes among other great results.

â€œIâ€™m very proud to win the rookie of the year trophy,â€ said the 21-year old Garrick who plays out of De Zalze Golf Club. â€œIt will look really good on my CV and Iâ€™m sure there have been big names that have won it before. That race was quite tight, you know, I think Wilco (Nienaber) snuck up on me there a little bit but now Iâ€™m very happy that Iâ€™ve got it done.â€

Higgo already has his European Challenge Tour card secured for the current season on that circuit and will look forward to the new Sunshine Tour season with keenness thanks to a great first season as a professional.