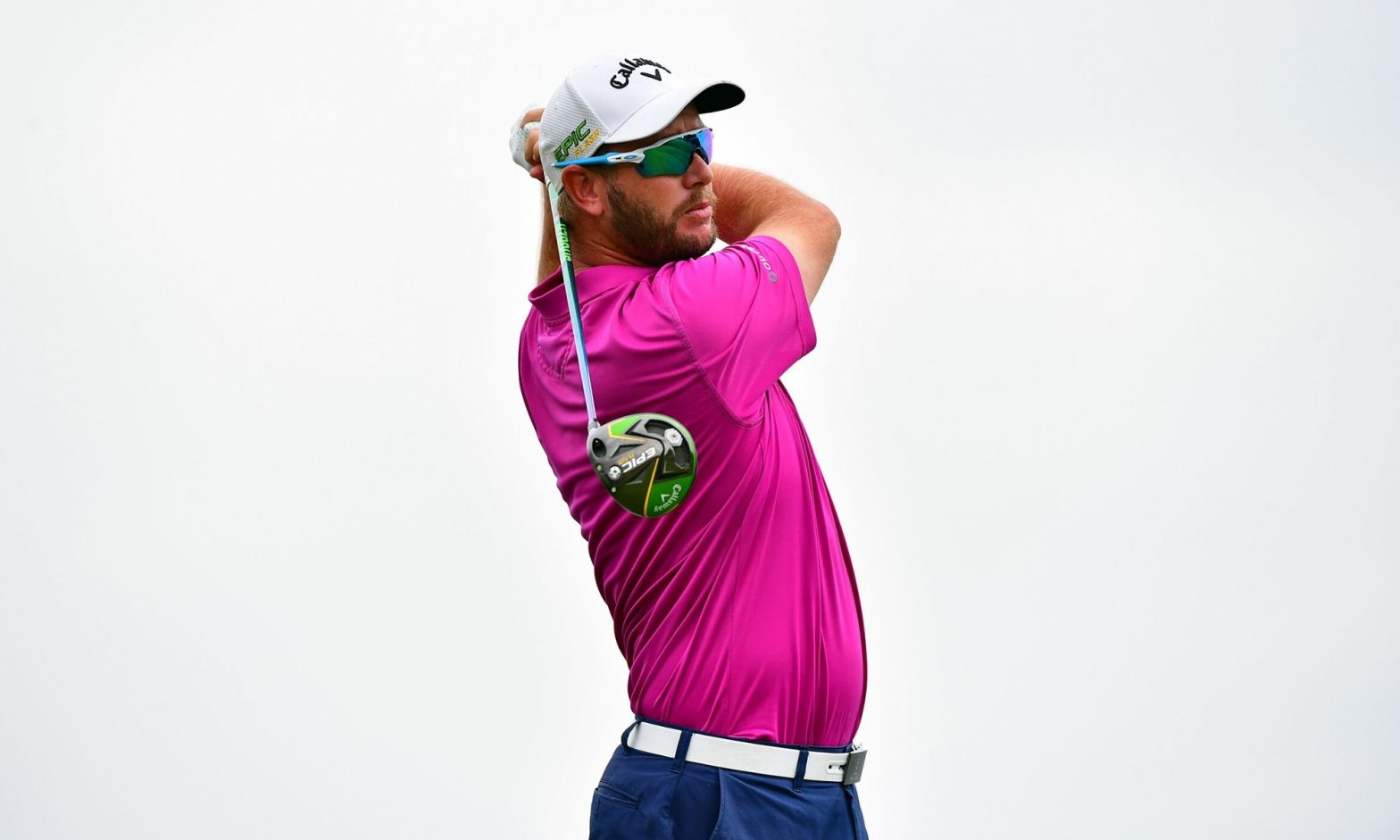 Ockie Strydom will take a narrow one-stroke lead into the final round of the season-ending Tour Championship after he carded a second-round two-under 70 on moving day to get his total to 14-under-par for the week at Serengeti Golf and Lifestyle Estate.

He admits to struggling with his ball-striking, in particular, and as such, failing to back up his round two score of 63 with another solid round on day three.

â€œToday was a bit tough for me,â€ says Strydom, â€œball-striking wasnâ€™t there but luckily, with the round being suspended due to the weather, I found something on the back nine there. Then, I started hitting the ball well again, but it was a bit too late. I am happy I managed to go around the golf course on two-under-par with the ball-striking that went haywire.â€

With dangerous weather conditions proving to be the enemy of skill once again in the latter stages of the round â€“ and which called for play to be suspended just as had happened in round two â€“ Strydom had it all to do as he tried to hold on to his lead.

He made birdies on the first hole, the fourth and the seventh, but the bogeys he made on the fifth and the eighth holes took from those gains. His back nine was quiet too and he made eight pars there which were accompanied by the one birdie he made on the 16th.

Chasing closely and just a shot off Strydomâ€™s lead is the trio of Thriston Lawrence who wants to tin this after he finished second last year, the resurgent Haydn Porteous and rookie of the year, Garrick Higgo who signed for a 66 in round three to throw his name in the mix ahead of the final round. They are all 13-under par while Brandon Stone and Luke Jerling arenâ€™t far off the lead either.

The share the fifth spot on 12-under for the week. Veteran Keith Horne, who shot the lowest round of the day â€“ eight-under 64 â€“ and Order of Merit-chasing Daniel van Tonder lie three shots behind Strydom on 11-under while Jacques Blaauw, Darren Fichardt and member of the Gary Player Class, Keenan Davidse share ninth on 10-under-par.

The final round will be streamed live on the Sunshine Tour Facebook and YouTube platforms from 10h30 on Sunday.