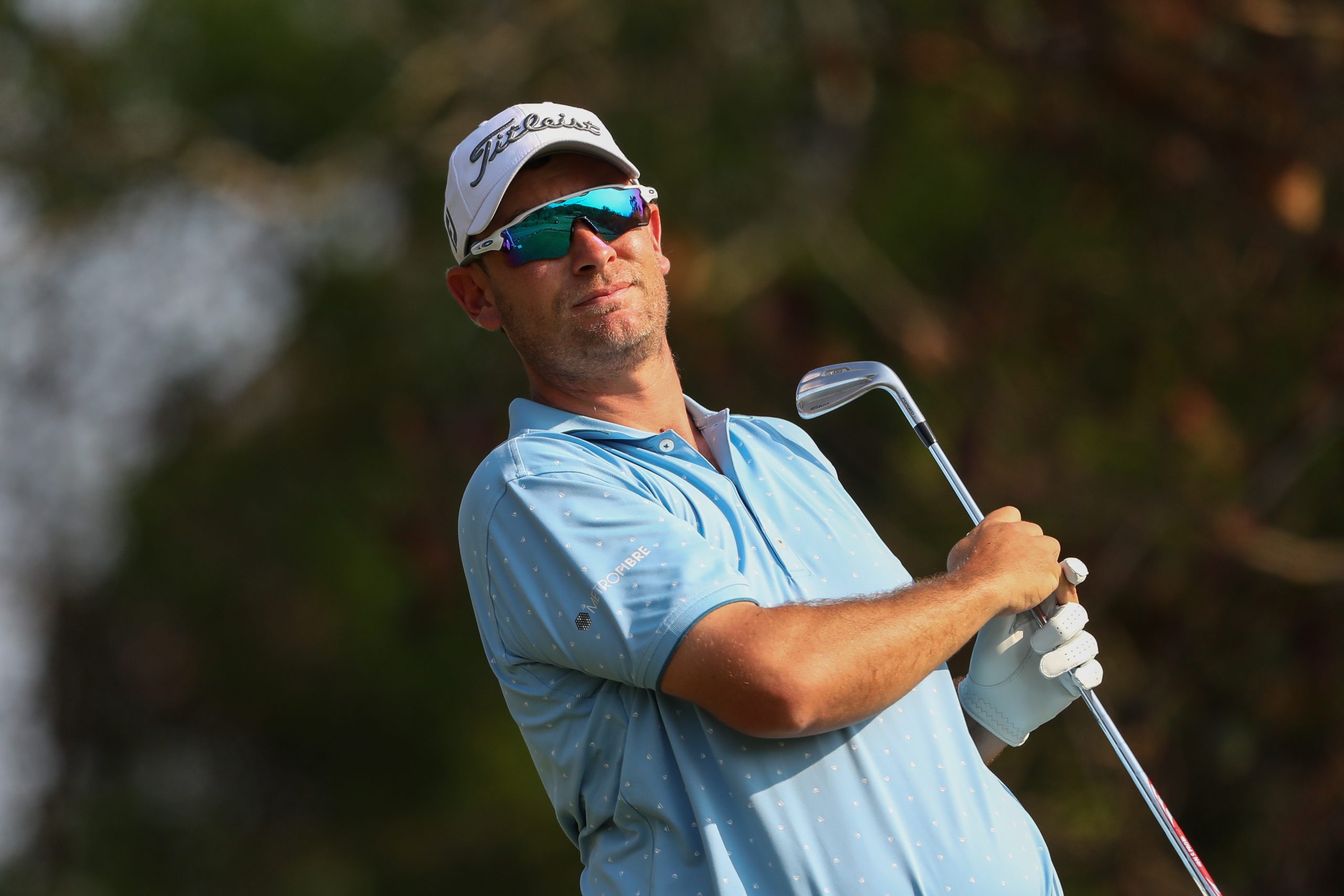 KHOLWANE, Eswatini – Jaco Prinsloo is an avid fisherman and his ‘catch’ on the par-fives at the Nkonyeni Lodge and Golf Estate was the major reason why he leads the FNB Eswatini Nkonyeni Challenge after the first round on Thursday.

If Prinsloo was a birdwatcher then he would have been equally thrilled with the two eagles and two birdies he bagged on the four par-fives on the bushveld golf course next to the Usutu River, making up the bulk of his gains in a seven-under-par 65 that left him top of the pile, two strokes ahead of Herman Loubser.

Prinsloo eagled the eighth and 15th holes, while also collecting birdie fours on the fourth and 13th holes. The 32-year-old’s other birdies came on the third and ninth holes, and he dropped just one shot, on the par-four fifth.

“I hit the ball pretty good today,” Prinsloo said. “I hit it really close for my one eagle and made a decent putt for the other. It was a case of really good putting today and good hitting, there were a couple of very good shots.

“The tour had a break of more than a month so it’s been a while since I played competitively and these are not the fastest greens, different to what we’re used to compared to winter in Johannesburg.

“It’s a new course for us because we’re used to playing at the Royal Swazi Sun, but Nkonyeni is an absolute beauty, really challenging but fun in the bushveld,” Prinsloo said.

Prinsloo is enjoying a solid season and is 15th on the Luno Order of Merit, saying he feels he is “moving in the right direction” and needs to “keep doing what I’m doing”.

If the Serengeti Golf and Wildlife Estate representative can back up his 65 over the next two rounds then he will keep his challengers in the R1 million event mum.

Modderfontein’s Loubser is foremost among those, a marvellous run of four successive birdies around the turn leading him to a 67.

Ricky Hendler and young Kyle McClatchie are a stroke further back on four-under, while Jovan Rebula, Lyle Rowe, Clinton Grobler and CJ du Plessis are all on three-under-par.