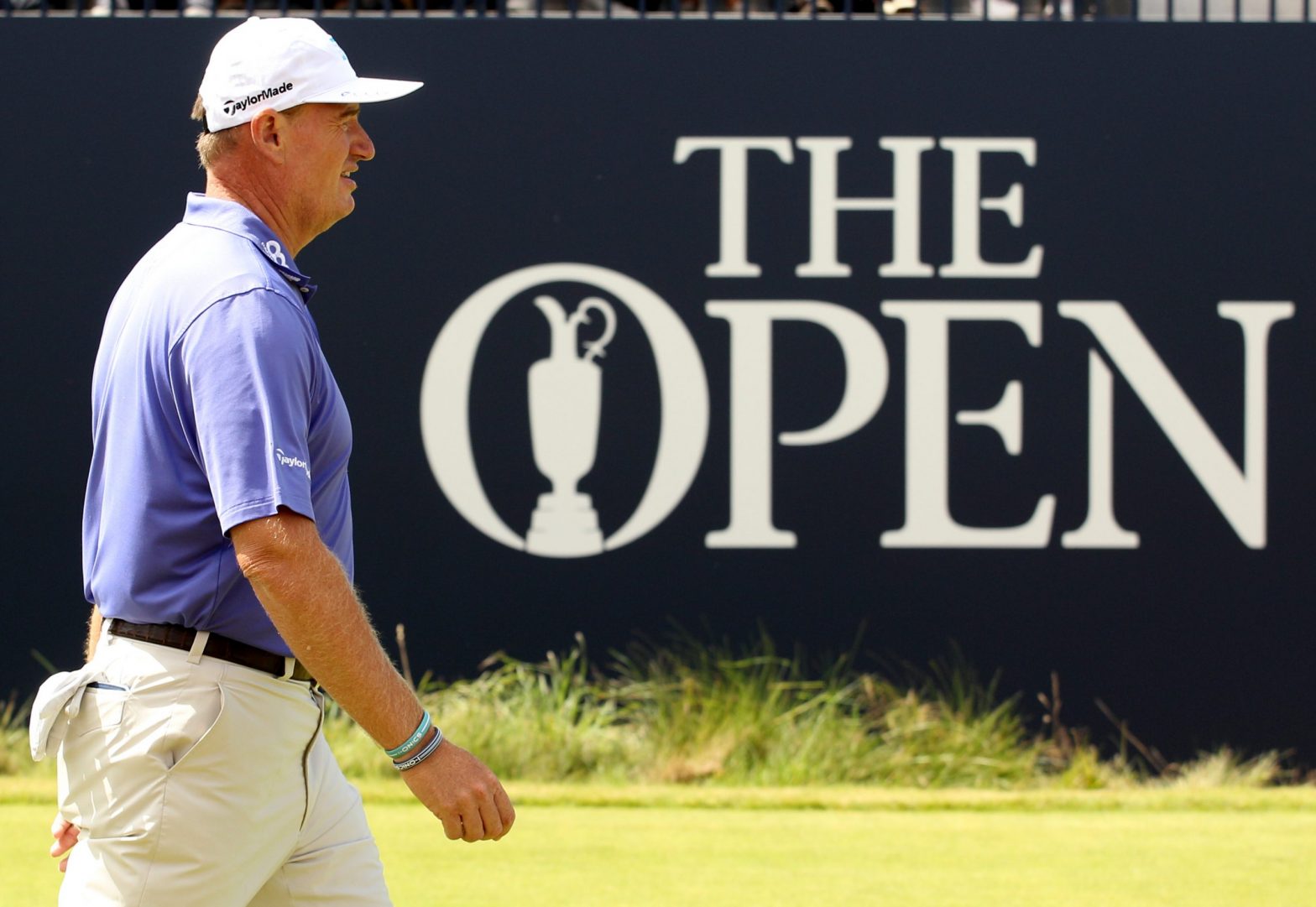 Ernie Els will reach yet another major milestone in his career when he makes his 30th Open appearance at Royal St Georgeâ€™s this week.

It seems only apt that the man who has flown the flag for South African golf around the world for decades now, and who is the countryâ€™s last Major champion after winning the 2012 Open at Royal Lytham and St Annes, should lead such a strong group of South Africans in golfâ€™s oldest and perhaps most celebrated Major.

And it brings him back to a style of the game which he has always loved, from the minute he first set foot upon the links in 1987 as a member of a touring South African amateur team.

â€œI donâ€™t know if youâ€™re born with it or you learn it. All I know is that I took to it like a duck to water. Links golf is the foundation of the game, and I just think I had a good feel for it from the start,â€ he says.

Els has gone as far as to say that links golf brings something totally different out of him, even to the point of feeling like he hits the ball more solidly and that his legendary languid swing even feels different on the links.

â€œI love hitting low three irons, and so on. Even with todayâ€™s equipment, if the weather is bad on a links course, thatâ€™s a true leveler.â€

His love of the links has certainly showed in his Open appearances. After that missed cut in 1989, he returned in 1992 to finish tied fifth at Muirfield and then tied sixth the following year at Royal St Georgeâ€™s. He has described his fifth place in the 1992 Open as the door that opened for the incredible career he would go on to have.

It is hardly surprising that The Open is Elsâ€™s most successful Major with 13 top 10s. Perhaps even more impressive is that of those 13 top 10s, nine of them have been top 5s.

The Open and the historic links courses it is played on have combined for some of the greatest triumphs and deepest heartbreaks for Els. But through all the highs and lows, Elsâ€™s love for this Major has remained constant.

Speaking after his triumph at Royal Lytham and St Annes in 2012, Els said, â€œItâ€™s not the biggest trophy in the world, but itâ€™s definitely the oldest one that we play for and definitely the most special one. This is it. This is where the game started. Everybody thatâ€™s anybody ever in the game has got his name on this, so it means a lot. Every single name (on the Claret Jug) has got a story.â€

And the story of Ernie Els and The Open has certainly been one of the most captivating. – Michael Vlismas