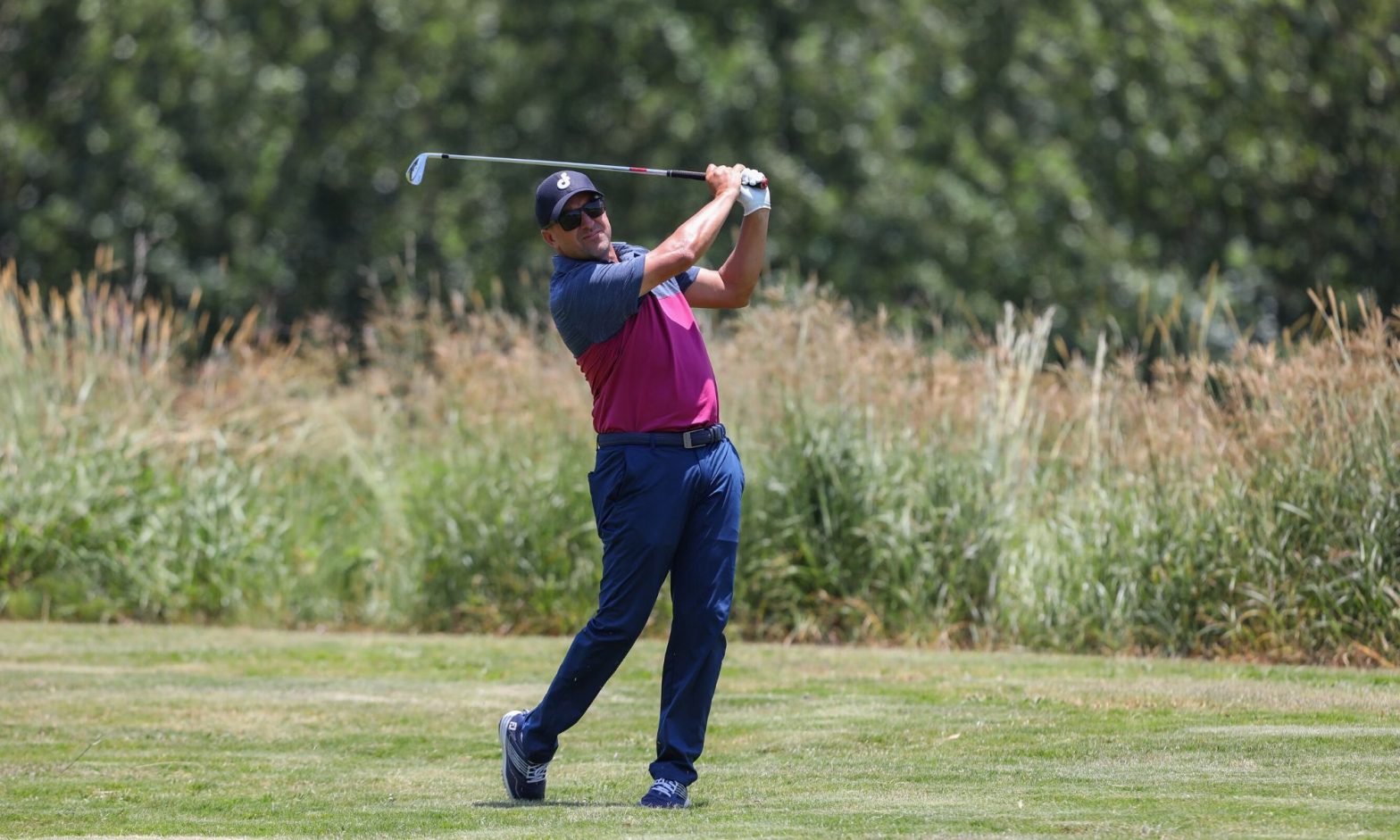 Darren Fichardt opened with a seven-under-par 65 to lead the first round of the Eye of Africa PGA Championship, but for the second week in succession on the Sunshine Tour, a member of the Tourâ€™s Gary Player Class is pushing for a victory just one shot behind him.

Thanda Mavundla signed for a six-under-par 66 at the Eye of Africa Signature Golf Estate on Thursday to place him in a group of players just one shot behind Fichardt.

Last week, another Gary Player Class member in Toto Thimba Jnr. came through the first round of the South African Open hosted by the City of Joburg just two shots off the lead, but was unable to maintain his challenge.

The Gary Player Class is the Sunshine Tourâ€™s squad of players who have been identified for assistance with their professional careers.

Mavundlaâ€™s achievement was made even more special considering he wasnâ€™t even going to play this week.

â€œI stay in Durban so I wasnâ€™t going to play this week because I donâ€™t have a sponsor and it was going to cost a lot. Then a good friend of mine said he would assist me,â€ said Mavundla.

â€œIâ€™ve been working hard on my game and it felt good to shoot a low round like this. I didnâ€™t miss any fairways which is key on this golf course. Your short game also needs to be sharp around here.â€

Fichardt was delighted with his opening 65 to lead South African golfâ€™s second oldest professional tournament, after the South African Open hosted by the City of Joburg. And heâ€™s hoping for better fortunes in this event than what heâ€™s enjoyed in the SA Open.

â€œIt was disappointing to miss the cut in the SA Open last week. Thatâ€™s the third year in a row that Iâ€™ve missed the cut in that event, so to come out here and shoot seven under and be up there again was nice,â€ he said.

â€œI shot five under in the pro-am earlier this week so my game is pretty solid. I felt I couldâ€™ve hit a few iron shots closer, but my game is solid, which it has been for some time now. Itâ€™s just a case of getting the job done.â€

Rookie professional Garrick Higgo and another rising star in Thriston Lawrence are also amongst the chasing pack just one shot behind Fichardt.

Trevor Fisher Jnr., who lost in a playoff for this title with Louis de Jager last year, made another strong start with an opening round of five under 67.