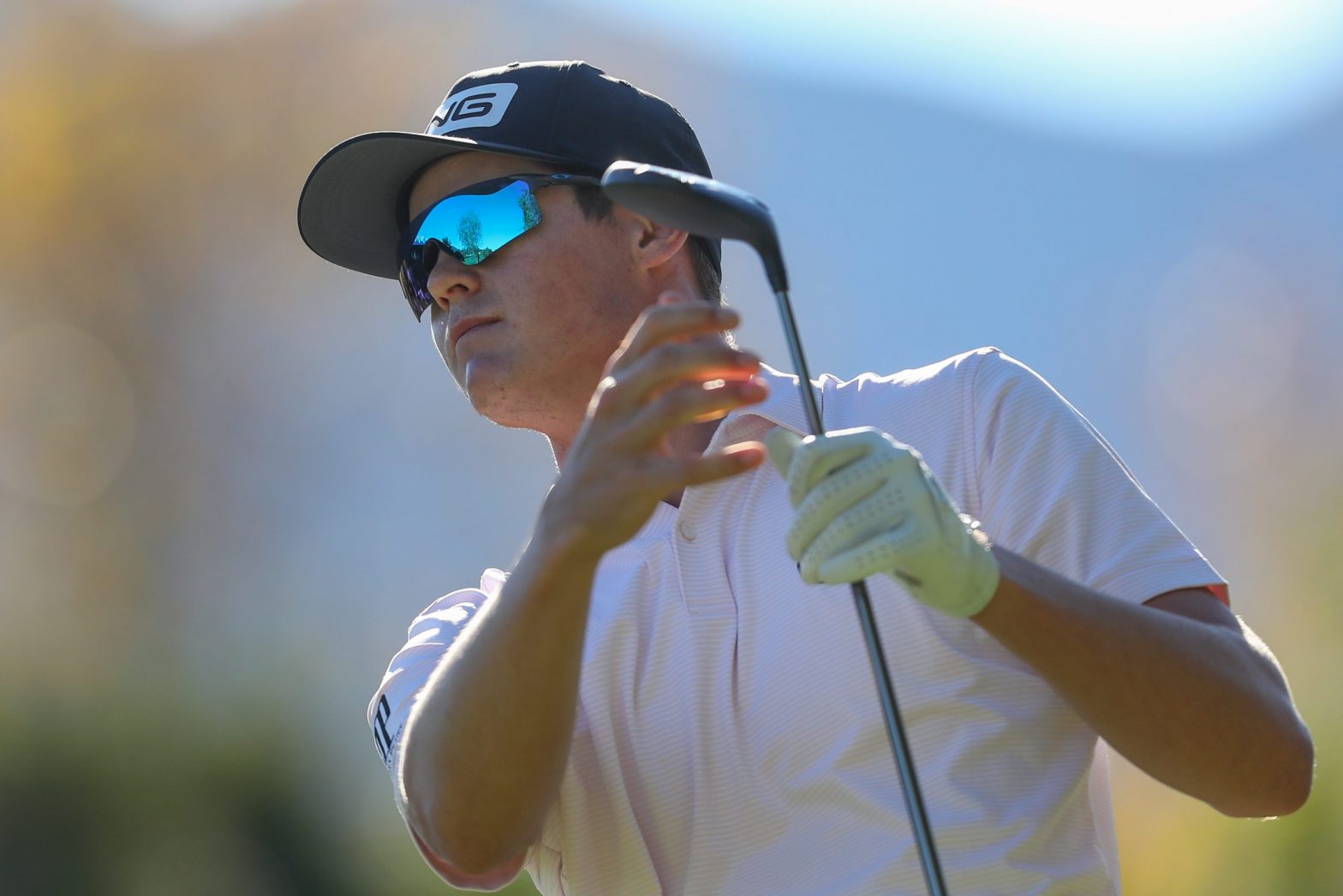 Itâ€™s the round Wilco Nienaber has been looking for, and itâ€™s given him the opportunity heâ€™s been looking for. With a 64 on Fancourtâ€™s Outeniqua course on Friday, Nienaber heads into the weekend of the R6 million Dimension Data Pro-Am tied for the lead and relishing being in contention.

â€œItâ€™s great. This is what you play for. Iâ€™m really looking forward to the weekend, and this is a nice place to be in contention as well,â€ he said at the end of a second round which saw him tied for the lead on 11 under alongside fellow South African Jaco Ahlers and Swede Henric Sturehed.

They are one stroke clear of the trio of Niklas Moller, Stanislav Matus and Michael Hoey. George Coetzee, who won here in 2016 and finished second last year, is also right in the mix just two strokes off the lead. And Frenchman Jeong Weon Ko produced an incredible 62 on the Outeniqua, including five birdies to start his round as he went out in 29 to eventually finish on a total of nine under.

A total of 10 players were unable to finish because of poor light and will complete their second rounds on Saturday morning.

There was almost a feeling of relief from Nienaber as his round of eight under has given him a shot at glory in this Sunshine Tour and European Challenge Tour co-sanctioned event.

â€œI definitely feel like this has been coming for a while. After the Limpopo Championship, I feel like Iâ€™ve been hitting it well and making putts. Today I had one stressful hole, but the rest was pretty easy. A 64 is always a really nice score. There were definitely more chances that I didnâ€™t take, but itâ€™s great coming off the course with a score of -8 and knowing you still left a few out there. Iâ€™m happy.â€

It was a round built on a fabulous start of an eagle and two birdies in his first three holes (for this tournament, the players playing the back nine of Outeniqua first tee off the 11th and finish on the 10th).

â€œI think my start just launched me into a really good mindset. It made me believe I donâ€™t have to push too hard. Itâ€™s always nice to be four under through three. The conditions were great. The wind flicked around a bit towards the end which made some of the approaches interesting, but the greens were soft and spinning quite a bit. It was a lovely day to play golf.â€

Ahlers also played the Outeniqua on Friday, and similarly he knew he needed to take advantage.

â€œThe Outeniqua is a lot shorter and you have a lot more wedges going into it. You canâ€™t stagnate on the Outeniqua. You need to go out and make birdies. On Montagu, if you shoot two under par itâ€™s a good round, but not on Outeniqua,â€ the winner of the 2018 Dimension Data Pro-Am said after his 66.

â€œBeing an ambassador at Fancourt helps a lot in terms of knowing these courses well. I can work off experience here. Iâ€™m really looking forward to the weekend. I havenâ€™t played as well as I know I can over the past few weeks, so this is nice to have a bit of form going into the weekend.â€

And Ahlers is also well aware of just how big this weekend can be for the champion.

â€œThis is probably one of the biggest tournaments theyâ€™ll have on the Challenge Tourâ€™s regular season. If you can pull off a win here youâ€™re basically 70% of the way to a European Tour card. And then as always you have the invite to the WGC-FedEx St Jude Invitational as well. Itâ€™s a massive event for our Sunshine Tour.â€

Sturehed was the only one amongst the three leaders who played the more challenging Montagu course on Friday, signing for a solid 66.

â€œThe Montagu is quite a strategic course. I managed to place the ball on the right side of the pins, which was key. Iâ€™m really looking forward to the weekend. This is a fantastic venue. Both courses are fantastic, and everything around here is magnificent,â€ he said. – Michael Vlismas