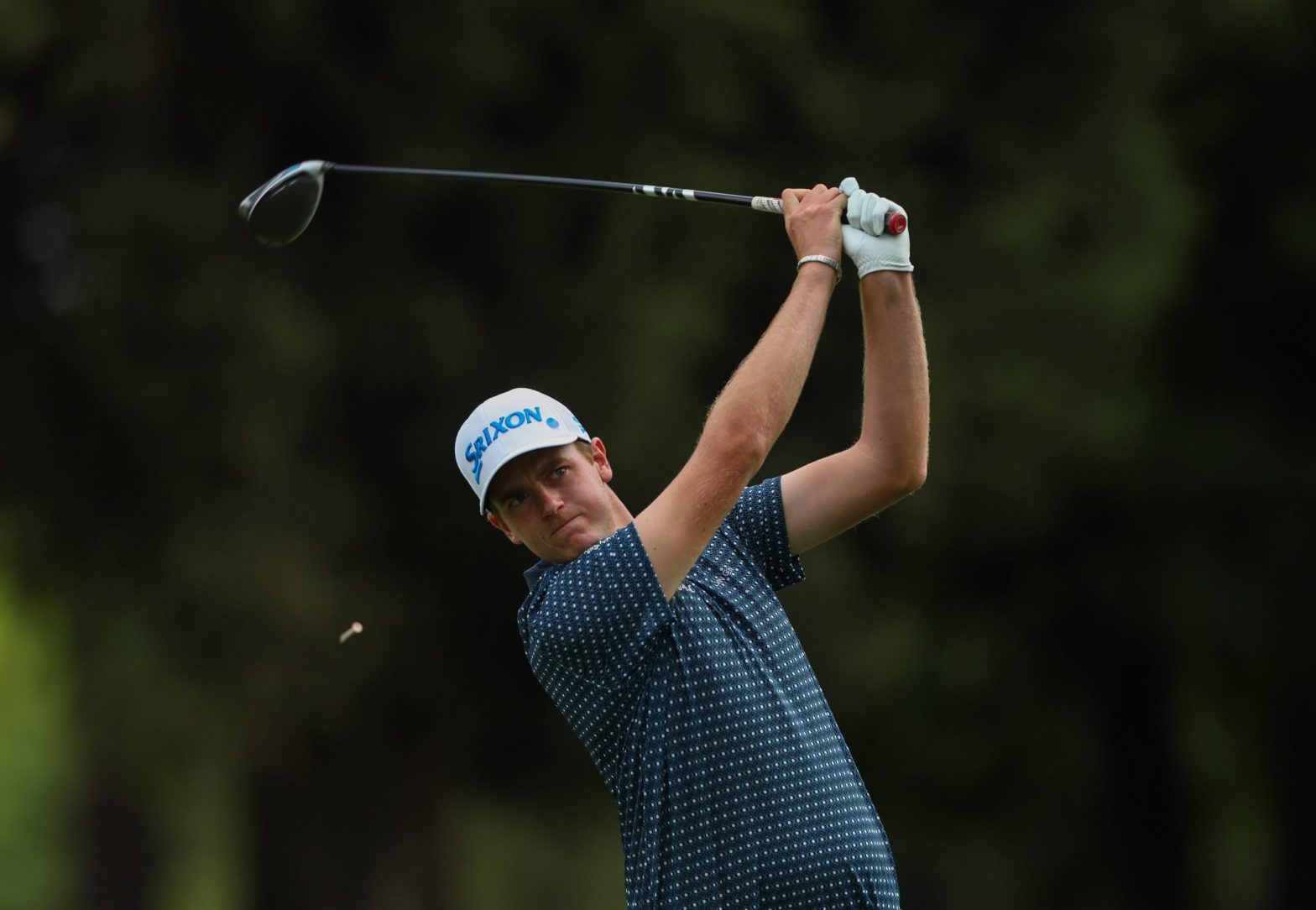 A change in putter paid off for Deon Germishuys as he came through Wednesdayâ€™s first round of the Time Square Challenge with a one-stroke lead at Wingate Park Country Club.

Germishuys opened with a bogey-free eight-under-par 64, with Malcolm Mitchell and Anton Haig his nearest challengers following their rounds of 65.

Keenan Davidse is once again also in contention with his first round of 66, and following finishes of second and seventh in his last two Sunshine Tour events.

Germishuys has been in good form of late with finishes of 12th and 14th in his last two tournaments. But what carried him to the top of the leaderboard on Wednesday was his performance on the greens.

â€œI felt very comfortable on the greens today. Iâ€™ve recently moved to an arm-lock putter. My coach told me on Monday that I look good with it and I should just commit to it, so thatâ€™s what I did,â€ he said.

â€œIt was an awesome day out there. Itâ€™s never that easy to go bogey-free in a round, but it certainly helps. Wingate also suits my eye because I enjoy parkland golf courses.â€

Germishuys had two top-10 finishes on the Sunshine Tourâ€™s recent Rise-Up Series, and his 64 on Wednesday is certainly a further confidence boost ahead of the three European Tour co-sanctioned tournaments of the Joburg Open, Alfred Dunhill Championship and South African Open at the end of this month and the beginning of December.

â€œIâ€™ve been comfortable with my game since the Sunshine Tourâ€™s restart. I really feel like Iâ€™m getting close to where I want to be. Iâ€™m confident with my golf, and Iâ€™m really excited for the three big events to come,â€ he said.

As one of his nearest challengers going into Thursdayâ€™s second round, Haig is also showing signs of consistent good form.

He finished eighth in last weekâ€™s Investec Royal Swazi Open, and can add finishes of 12th in the Vodacom Championship Reloaded and ninth in the Betway Championship as his top finishes in the last seven tournaments on the Sunshine Tour. – Michael Vlismas