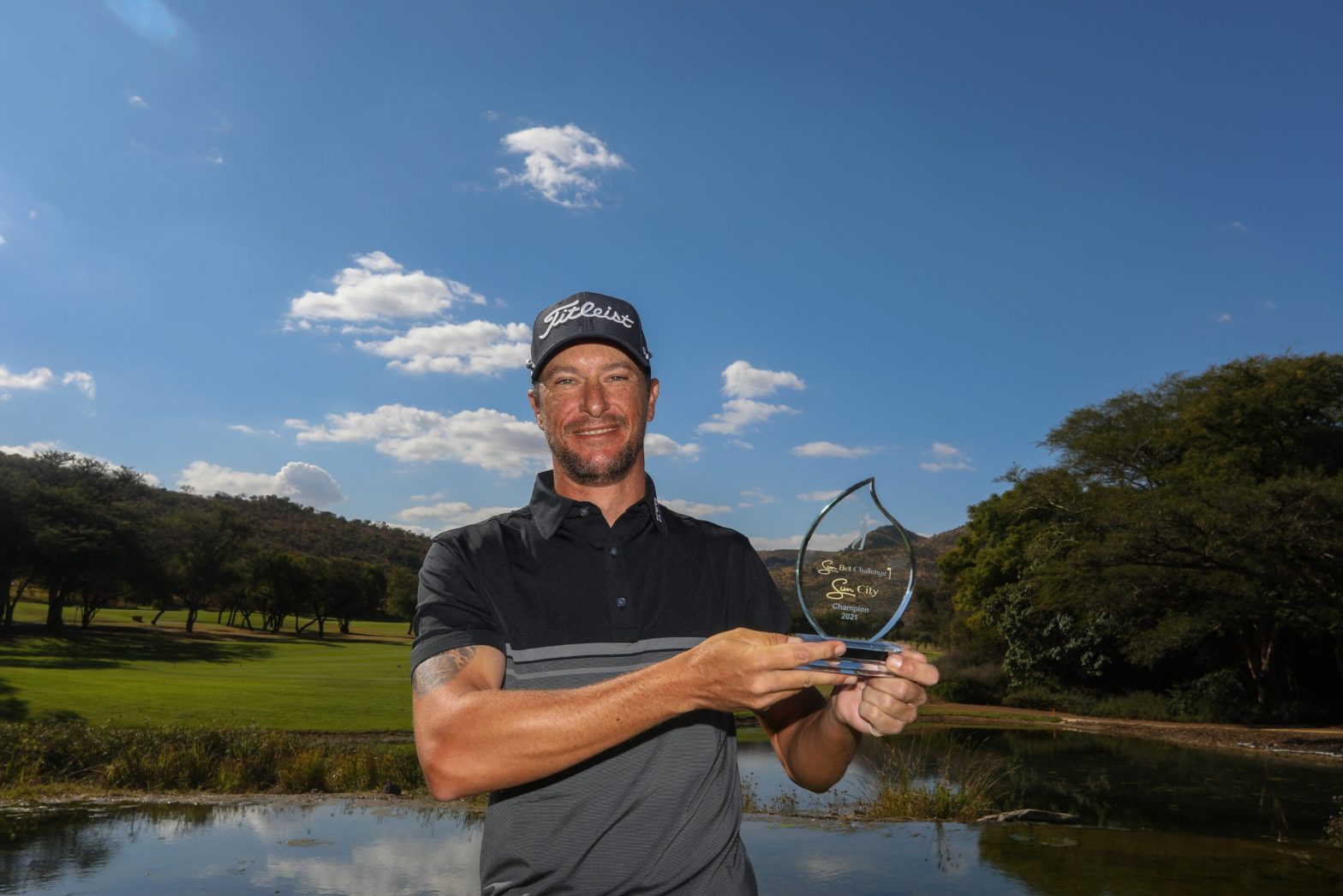 Alex Haindl claimed his fourth victory on the Sunshine Tour when he won the SunBet Challenge hosted by Sun City at the Gary Player Country Club on Friday.

Haindl took a two-stroke lead into the final round of a tournament he led from day one, and held on to win by a single stroke over Zambiaâ€™s Madalitso Muthiya and Jaco Ahlers on seven under par, closing with a 73.

â€œIâ€™m delighted. I kind of came into the week with a bit of a mission to at least have a top three finish. Iâ€™m very happy to have won, especially on a golf course like this one,â€ said Haindl.

But it took all of his resolve to do so. After a strong start where Haindl birdied three of his first four holes, the Bloemfontein golfer bogeyed the tough eighth hole and then hit it in the water on the par-five ninth on his way to a double bogey that handed Muthiya the lead.

â€œI had a great start, but to be honest I didnâ€™t get too excited because Iâ€™ve played golf way too often to know that on a course like this one, somewhere something is going to happen,â€ said Haindl.

â€œOn the ninth I laid up but I was in the semi-rough, and I donâ€™t know if I had a mud ball or something but my third shot came out absolutely horrible and went straight into the water. It didnâ€™t bother me that Madalitso was leading going into the back nine though, because again, I just know this game and this course.â€

Muthiya birdied the 10th but then ran into trouble of his own with a double bogey and bogey in his next two holes that again opened the door for Haindl.

â€œI just tried to keep it solid on the back nine. It was playing tough and the pins were extremely tricky, so I just tried to keep things simple. Any win is nice, but a win on this golf course, which Iâ€™ve never really felt suits my game, makes it a lot more special.â€ – Michael Vlismas