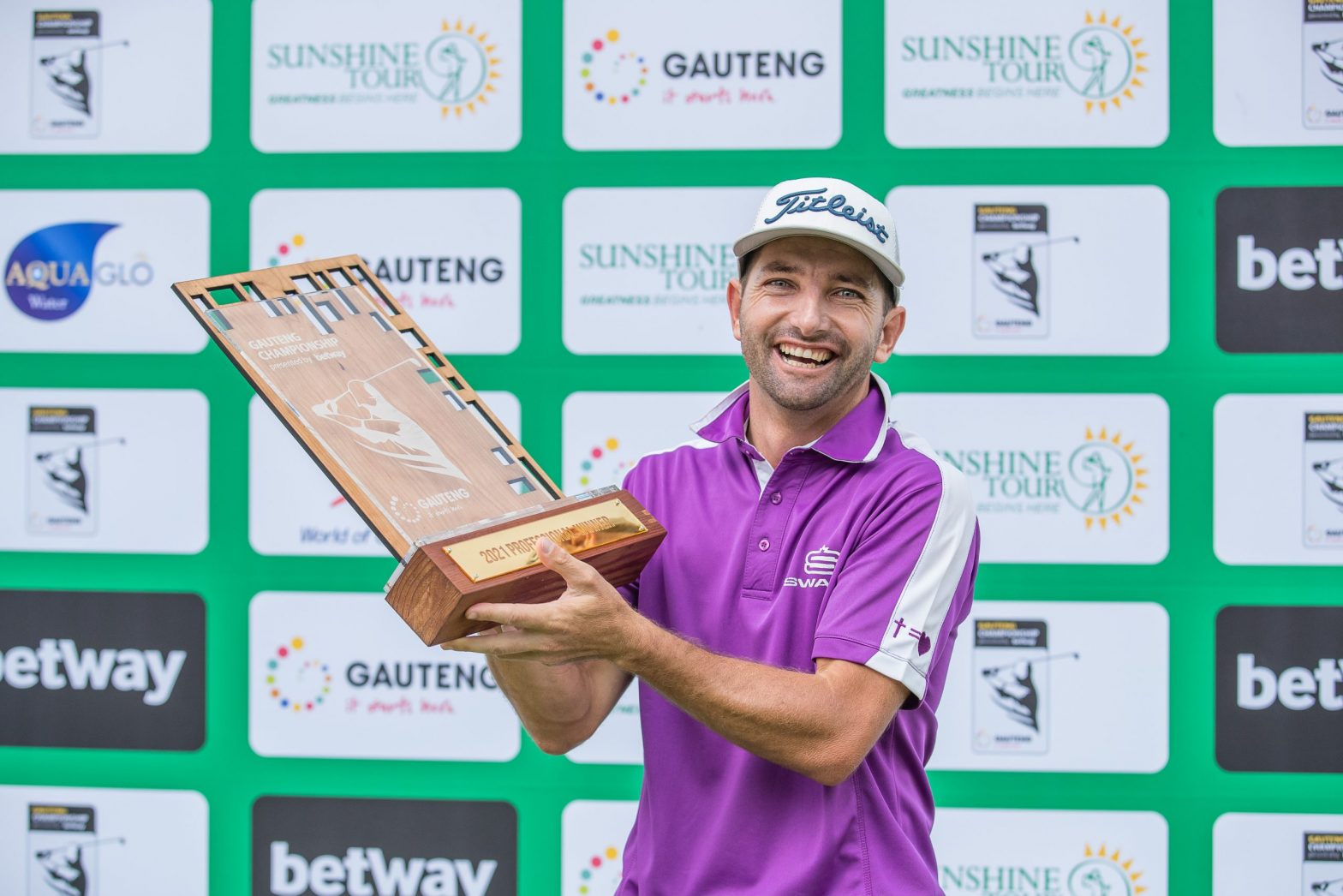 Jbeâ€™ Kruger claimed an emotional two-stroke victory in the Gauteng Championship presented by Betway at the Ebotse Links on Sunday.

Kruger closed with a 66 to win on 21 under par. Martin Rohwer took second place on 19 under following his own final round of 66. Neil Schietekat, who was chasing Kruger just one shot behind with the par-five 18th to play, made double bogey on the last to finish third on 18 under with a 70.

â€œI donâ€™t think Iâ€™ve ever been as nervous as this in my life,â€ said a relieved Kruger. â€œNeil is a very strong competitor and he pushed me all the way.â€

While his long game still isnâ€™t quite at the level heâ€™d like, Kruger kept himself in contention with his putting on Sunday.

Kruger and Schietekat battled for the lead for most of the final round. Then Schietekat bogeyed the 16th to give Kruger a one-shot advantage, and on 18 Schietekat hit his drive into an environmentally sensitive area that led to a double bogey that ended his challenge.

When Kruger tapped in for par at the last, he couldnâ€™t control the tears as he recorded his first victory since 2019. It ended what has been a frustrating few years in which he made swing changes in the hope of improving but which had the opposite effect and caused more problems than it solved.

â€œItâ€™s tough when youâ€™re not playing great, but Iâ€™ve had some wonderful support from my family,â€ he said.

â€œI think in light of the whole Covid situation and me trying to fix my swing, this victory ranks in at least top two wins of my career. Iâ€™ve never had to win under this amount of pressure. With me playing badly, I didnâ€™t have a great category on the Sunshine Tour so I only had a handful of tournaments I was exempt for to try and do something. So to win under those circumstances is really sweet.â€