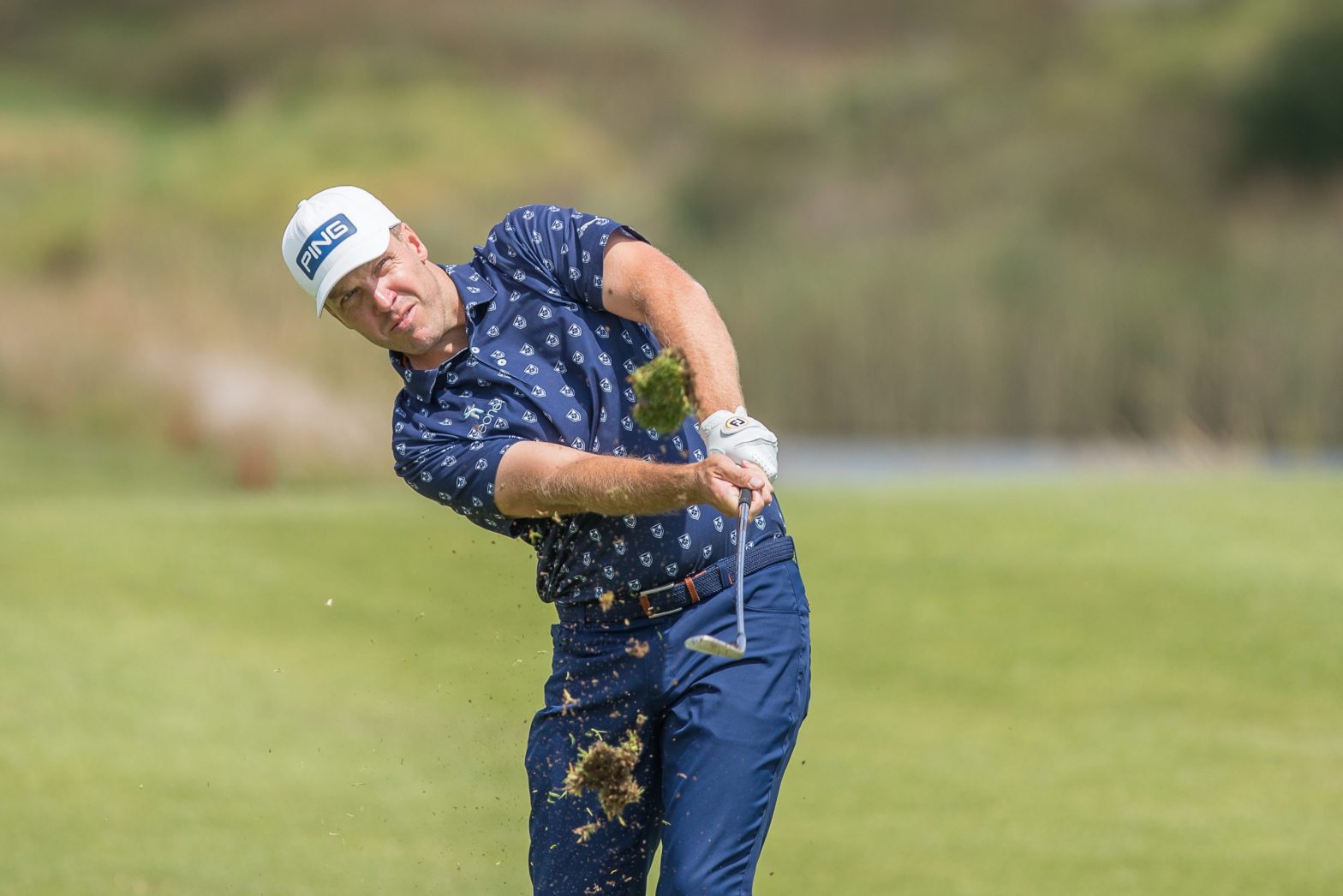 Neil Schietekat birdied the last to maintain his one-stroke lead in the Gauteng Championship presented by Betway at the Ebotse Links on Saturday.

On a day when a good breeze made the Ebotse Links play more true to its name, Schietekat signed for a 69 to stay top of the leaderboard and go into the final round on 16 under par.

Moments earlier, Jbeâ€™ Kruger had set the clubhouse target at 15 under par with a 67 that was a massive boost in confidence for a man who has spent the past few years trying to regain the form, and swing, that carried him to six titles and a one-time place within the top 110 on the world rankings.

For Schietekat, Saturdayâ€™s third round was a true test of confidence in the changes heâ€™s made to his swing, especially when two soft bogeys crept in during the middle of the round.

â€œI was grinding a bit there in the middle of the round. You know, following up a 62 from the second round is tough, and the wind didnâ€™t make it any easier. This course is designed for a bit of wind. But it still feels like Iâ€™m playing pretty good and everything is coming out the way I expected it. Iâ€™m proud that I was able to pull myself together and get a decent score in on a difficult day.â€

Behind him, Kruger also took a lot of confidence from his 67. Kruger has been working hard to rediscover his form, which includes undoing some swing changes that have been detrimental to his game.

â€œIâ€™m just taking it one shot at a time out there. I canâ€™t even say Iâ€™m taking it one day at a time. Itâ€™s just one shot at a time in the process to get my swing back. Today I made a few putts which was rewarding. And I like a course where the wind blows and conditions are tough. Itâ€™s rewarding to see the results, even if theyâ€™re still very small at this stage in my process to get my natural swing back.â€

MJ Viljoen heads into the final round in third place on 14 under par following a 67. The leaderboard is still very tightly bunched, with only four shots separating the top 10 players. â€“ Â Michael Vlismas