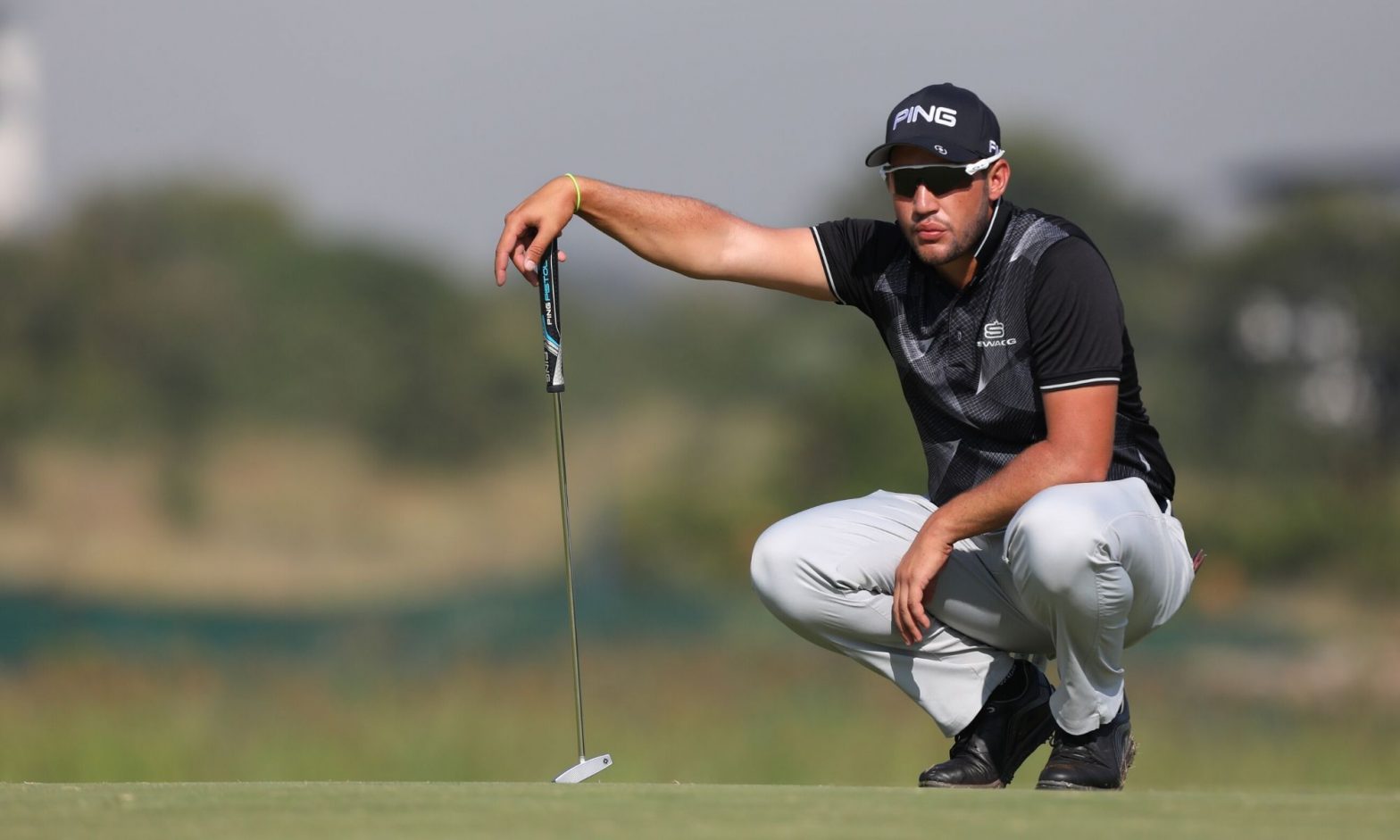 Thriston Lawrence heads into the weekend of the Eye of Africa PGA Championship with a two-stroke lead and full of confidence that a victory on the main summer schedule of the Sunshine Tour is within his reach.

Lawrence signed for his second consecutive 66 on the Eye of Africa Signature Golf Estate course on Friday to top the leaderboard on 12 under par. He is two strokes clear of Estiaan Conradie, Bryce Easton and Hennie Oâ€™Kennedy, who signed for rounds of 65, 66 and 66 respectively.

Lawrence made his Sunshine Tour breakthrough on the winter schedule of the tour last year when he won the Vodacom Origins of Golf at Stellenbosch Golf Club. But a win in the summer still eludes him, although he finished fourth in last yearâ€™s Eye of Africa PGA Championship and then again came close when he finished runner-up in the Tour Championship the same year.

â€œMy all-round game has been good over the past two days. I hit 17 greens in the second round. The first green I missed was on the last hole and it was a bit of a sloppy finish with that bogey. But Iâ€™m very happy and playing with a lot of confidence,â€ said Lawrence, who came close to a hole-in-one on the par-three fifth hole.

â€œI hit a wedge to about a foot there. It was nice to get that momentum again with a birdie after the bogey on my 11th hole.â€

Currently lying in seventh place on the Sunshine Tour Order of Merit, Lawrence is not planning to change a thing from the recipe that has worked for him all season.

â€œIâ€™m looking forward to the weekend. Iâ€™m just going to stick to my game plan and take it from there. You never know with this game. You donâ€™t need to be too technical and think too much about it â€“ just do what you do and give it your best.â€

As one of Lawrenceâ€™s nearest challengers, Conradie has also given himself a great opportunity to break through this summer.

â€œI just kept it in play and kept my card bogey-free,â€ said Conradie, who finished strong with two birdies on holes 17 and 18.â€

And Easton was just as solid off the tee on a golf course that clearly rewards accuracy.

â€œIâ€™m driving it great and I didnâ€™t miss a fairway in the second round, which on this golf course sets up opportunities. Iâ€™m definitely pleased with the way Iâ€™ve been hitting it off the tee. I couldâ€™ve made a few more birdies out there, but 10 under at the halfway mark is nothing to complain about,â€ he said.