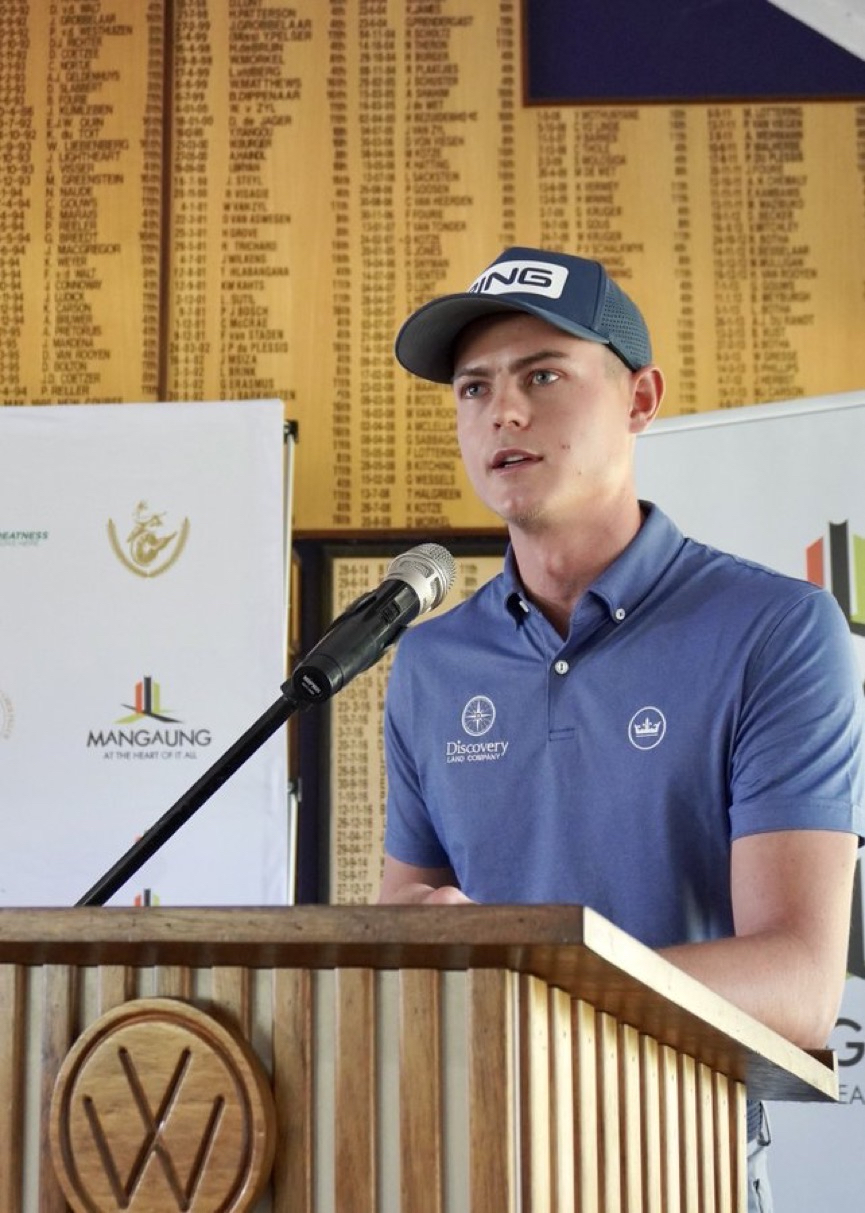 Bloemfontein will take its place on the international golf schedule with the new $250 000 Mangaung Open to be played in the city in March.

The tournament is co-sanctioned by the Sunshine Tour and Challenge Tour and will feature a selection of South African and international professionals competing at both the Schoeman Park Golf Club and Bloemfontein Golf Club from 3-6 March.

The Mangaung Open forms a key part of a record six South African tournaments that will feature on the Challenge Tour schedule between February and March this year, and which will put the focus of an international audience on the city of Bloemfontein and the greater Mangaung Metropolitan Municipality.

“We are extremely excited to bring an event of international magnitude to Bloemfontein, which will provide not only much-needed economic stimulus to our local economy, but also international exposure in terms of what our city and this magnificent region of South Africa has to offer tourists,” Cllr. Mxolisi Siyonzana, the Executive Mayor of the Mangaung Metropolitan Municipality, said at the official launch of the Mangaung Open at Bloemfontein Golf Club on Tuesday.

“The slogan of the Mangaung Metro is ‘At the Heart of it All’. In this instance, we are very proud to take our place at the heart of a strong schedule of international golf tournaments being played in South Africa over this period.”

Thomas Abt, Commissioner of the Sunshine Tour, said: “The Sunshine Tour has a long and proud history of working with our major cities and municipalities and using an international golf tournament to help them achieve their economic and tourism objectives. We’re delighted to now be able to add the Mangaung Metro to our schedule through the Mangaung Open.”

“Bloemfontein is no stranger to world-class golf and it was indeed here where Major champion and World Golf Hall of Fame member Retief Goosen won one of his first tournaments on the Sunshine Tour. As a Tour committed to our philosophy that ‘GreatnessBeginsHere’, and in partnership with the Challenge Tour and the international opportunities it offers, we’re sure South Africa’s next generation of stars will use this tournament as the launch for their own careers.”

Jamie Hodges, Head of the Challenge Tour, said: “The new Mangaung Open occupies an important position in not only our South African schedule of tournaments, but also in helping us to provide a truly global schedule for our members. We are excited to work with the Sunshine Tour and the Mangaung Metro in helping to promote this unique part of South Africa to our global audience.”