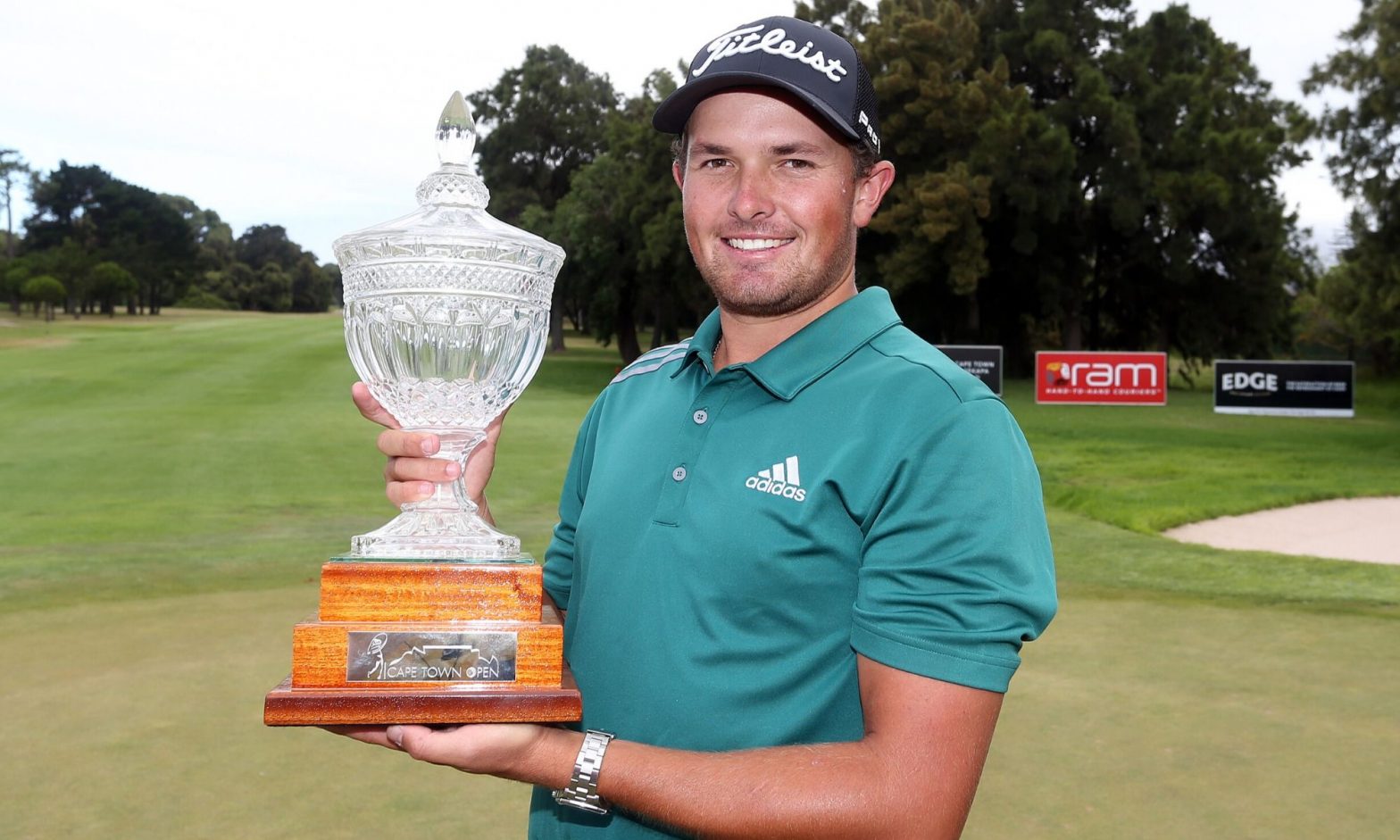 The Sunshine Tour is in the Mother City this week for the eighth edition of the RAM Cape Town Open. This yearâ€™s event is for the first time co-sanctioned with the Challenge Tour, making it bigger and better while marking the first co-sanctioned event to hit the Cape.

The competition will be decided over 72 holes of stroke-play. The first two rounds will be played at both courses of Royal Cape and King David Mowbray Golf Clubs, with each competitor playing a round at each course. After 36 holes there will be a cut to the leading 60 professionals and those who tie on the score.

The final two rounds will be played at Royal Cape Golf Club. In the event that the cut qualifies more than 78 players, there will be an additional cut after 54 holes to the leading 72 professionals and those who tie on the score. The final decision regarding the number of players for a 3rd round cut will be made by the Tournament Directors.

Zimbabweâ€™s Benjamin Follett-Smith is the defending champion, having earned his maiden Sunshine Tour title via a two-stroke victory over Cape Townâ€™s Jean-Paul Strydom and Zander Lombard on a 13-under-par 275 total.

The Royal Cape Golf Club was established in 1885 which makes it South Africaâ€™s oldest golf club. It is in the shadow of Table Mountain and is subject to three of natureâ€™s beguiling offerings: a near-constant wind to challenge, sweeping mountain views to charm and water features to ensnare.Â  The par-72 course which is 6,121 metres in length was designed by Charles Murray and its fairway grass is Kikuyu, while the greens are made of Bent grass. There are plenty of challenging bunkers.

It is a course has hosted the SA Open 10 times, as well as many other professional and top amateur events. Winners at Royal Cape include Gary Player, Ernie Els, Mark McNulty and Trevor Immelman.

Tree-lined with narrow fairways and subtle greens, Royal presents a traditional test of golf, although the numerous ponds and lakes teeming with birdlife provide beauty and distraction along the way.

Set in a very central area – about 15 minutes from the V&A Waterfront and Cape Town International Airport – King David Mowbray is a parkland course, which provides an excellent test of golf. The terrain is flat, but plenty of trees and water features make for an interesting experience, with the beauty of the mountain and abundant wildlife dominating the scenery.

A significant feature of any coastal course is, of course, the wind. This is where King David Mowbray is unique, in that the holes have been so laid out that you will seldom find yourself with the wind directly in your face or right at your back. Also, believe it or not, the wind in Pinelands is seldom as severe as in other parts of the peninsula.

Both fairways and greens remain soft throughout the year. The fairways consist predominantly of Kikuyu grass while the greens are paspalum which provides an excellent putting surface. Experiments with pure bentgrass have not been successful, so the indigenous grass family variety is now being “managed”, with more than satisfactory results.

While the course is not particularly long, the golfer will find King David Mowbray a real challenge. It is generally accepted that the SA Golf Association ratings of 71 from the back tees and 69 from the front make it about 2 or 3 strokes more difficult than average. Don’t let this put you off, however. If you hit the ball straight, you’ll do well and even if you go off line here and there, the rough is very forgiving and is kept well-trimmed.

JC Ritchie is coming into this event red hot. He comes to the Cape at the back of not one but two successful title-defences at the team championship a fortnight ago and in Limpopo just this past weekend. Those victories follow sixth-place and seventh-place finishes at the SA Open and Eye of Africa PGA Championship, respectively.

To put things into perspective, Ritchie has not missed a cut since September last year when he did so at the Kingâ€™s Cup in eSwatini and has not finished outside of the top 10 since this year began. His best finish in the Cape dates back to 2018 when he finished third here and the way he is currently playing, it would not be a surprise to see him in the mix here come the weekend.

A final-round 74 proved to be local man, Jean-Paul Strydomâ€™s undoing last year here after he had played some brilliant golf in the week to get in contention for what would have been his first Sunshine Tour victory.

Strydom enjoys the windy Cape and while he was also runner-up last here, he also boasts a fifth-place finish in this tournament, a feat he achieved back in 2015. While he has not enjoyed a jaw-dropping season in the way of best results, his has been a decent season which included a runners-up finish, a top 15 and a top 25 result. Plus, by his own admission, he tends to play rather well in the windy conditions with which golf in Cape Town is associated.

He has everything it takes to go one better here following last yearâ€™s disappointment when Follett-Smith won last season.

Anton Haig has had to wait a long time for his third Sunshine Tour title, having last tasted victory on Tour back in 2007 when he claimed the Johnny Walker Classic which was co-sanctioned with the European Tour, and which is now defunct.

He has enjoyed a decent season so far, sitting 73rd on the Order of Merit after 17 starts and last weekâ€™s seventh-place finish was yet another glimpse into the quality he possesses when he is in a good form. While he is a proven winner, with four titles to his name (Seekers Travel Pro-Am 2005, MTC Namibia PGA Championship 2006, Pulai Springs Malaysian Masters on the Asian Tour in 2006 and that playoff victory over Richard Sterne and Oliver Wilson in the Johnny Walker Classic of 2007) Haig has not enjoyed a lot of success on Tour, and this follows years of absence from the professional golf scenes. Despite all this, however, on a few occasions since he regained his Sunshine Tour playing privileges, he has shown glimpses of the player he was in the mid-2000s and that top 10 finish last week in Limpopo would have reminded him what it felt like being at the top.

A win in Cape Town would not only assure him of his own ability to win but would mark a new chapter for his career overall.