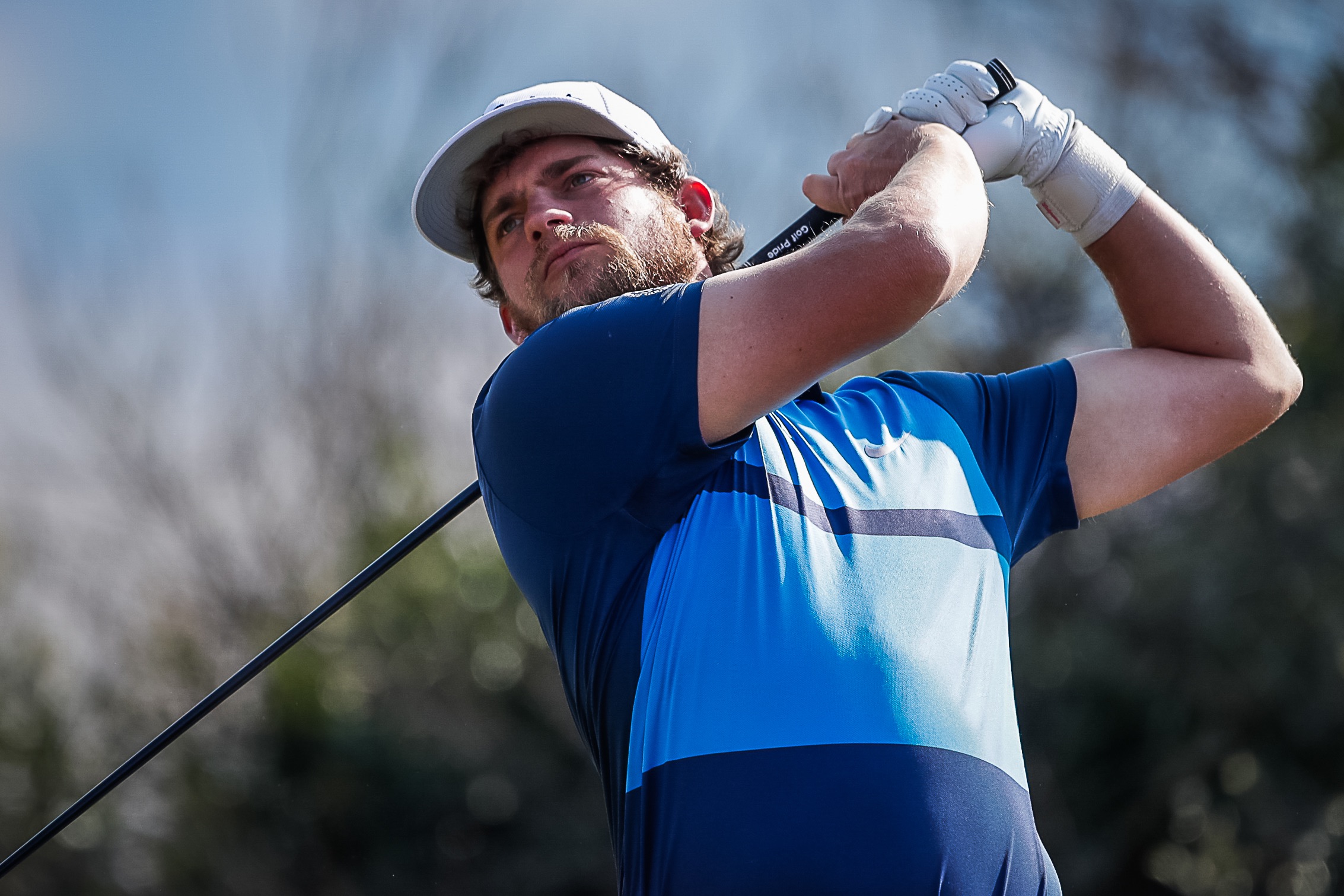 PENNINGTON, KwaZulu-Natal – American Brooklin Bailey shattered the peace at the Selborne Park Golf Club on Thursday with a thunderous start as he cruised to a 64 and the first-round lead in the Gary & Vivienne Player Challenge.

Bailey eagled the par-five first hole on the course adjoining the Indian Ocean and then picked up birdies on the next two holes for a phenomenal four-under start through three holes, and although his run was ended by a bogey at the par-three fourth, he parred his way through to the turn.

The 28-year-old then cruised through the back nine in five-under 31 to post an eight-under-par 64, finishing the first day one shot ahead of the South African trio of Ruan Korb, Sean Bradley and Albert Venter.

The dropped shot on the fourth hole was Bailey’s only blemish as he collected seven birdies and an eagle to post his lowest round since joining the Sunshine Tour last year.

The Texan seems to have found some form after his maiden top-10 finish in the Sunshine Tour’s previous event – the Vodacom Origins of Golf Highland Gate tournament at the end of August.

Bailey worked his magic after Korb and Bradley, playing in the same three-ball, had already posted their 65s, so he did well to go under their marks.

Bailey said after his round that he just felt right at home from the get-go in the R1.2 million event.

“It’s the Bermuda Grass for me, we play on it in Texas and I just love it, my confidence just gets higher when I’m on it. Playing in the wind is also something we do a lot of in Texas, so all-in-all it was helpful for me,” Bailey said.

“You need to be patient on the Selborne course and I like that as well, but I also like being able to give it a go when you can. I like to know you can push it when you want to as well.

“I’ve just fallen in love with the Sunshine Tour, I think there are great opportunities here. The tour does a fantastic job of providing opportunities to advance our careers. Everyone here just wants to see you thrive and it’s healthy competition.”

The tournament is a tribute to the late wife of South Africa’s greatest golfer and the continuation of Gary and Vivienne Player’s legacy through the work of their foundation.

Bailey feels a connection to the nine-time Major champion and recognises the lustre of the event bearing the Player name.

“I actually watched Gary, Jack Nicklaus and Arnold Palmer play the Par-Three Tournament at Augusta for the last time together, so to be in contention in this event, attached to a golfer like Gary, is amazing.

“It makes me really want to sketch my own name in golfing history as well,” Bailey said.

Korb’s round caught alight after he began with three straights pars – despite both the first and third holes being par-fives – as the 28-year-old fired off four birdies on the trot from the fourth hole, and then also birdied nine and 10 for good measure. After his only bogey of the day, on the par-three 15th, he finished birdie-birdie for his joint-best round of the season.

The in-form Venter, who is second on the Luno Order of Merit after his victory at the SunBet Challenge at Time Square last month, also reached seven-under-par as he blazed home in five-under 31.