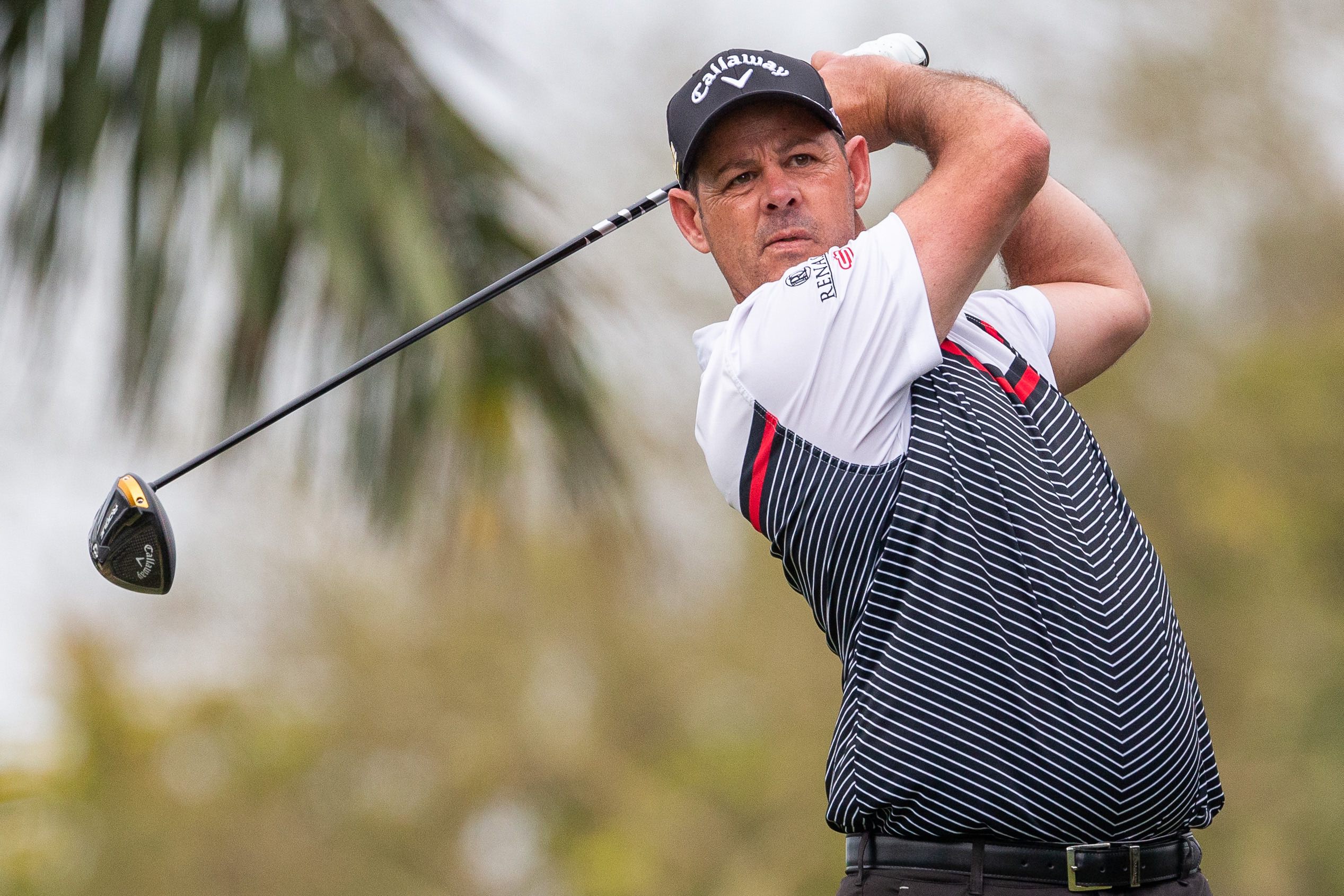 PENNINGTON, KwaZulu-Natal – First-round leader Brooklin Bailey spoke about feeling comfortable on the Bermuda Grass of the Selborne Park Golf Club and feeling right at home was also the author of Jaco van Zyl’s success on Friday as he claimed the lead after the second round of the Gary & Vivienne Player Challenge.

Van Zyl fired a tremendous seven-under-par 65 on Friday to go into the final round on 11-under-par, one stroke ahead of another multiple Sunshine Tour winner in Hennie Otto.

The 43-year-old Van Zyl has played the short, but challenging Selborne course many times, having previously lived further down the South Coast in Port Shepstone.

“I lived in Port Shepstone for five years after school and I won provincial tournaments here, so I have good memories. It’s a great golf course and it suits me down to the ground. You don’t need to bomb the ball 350 metres here, you just keep it in position and manage your way around,” Van Zyl said.

The Pretoria-born golfer, who shot 68 in the first round to trail Bailey by four strokes, made the ideal start to his second round as he birdied the first three holes. He parred his way to the turn and then went right back on to script with three birdies in four holes from the 10th. A three-putt on the sloping par-three 15th green cost him a bogey, but Van Zyl finished strong by birdieing the 16th and 18th holes.

“You need to capitalise on the first few holes here, fortunately I did that and then I knew that there was a low score out there. On 15 there was just a very tough flag right on the slope, and even though I hit the ball pin-high and made what I thought was a good putt, the ball still went six feet down the hill and I missed that one coming back,” Van Zyl said.

The Benoni resident made a bungle of his last two Sunshine Tour events, missing the cut at the SunBet Challenge Time Square and the Vodacom Origins of Golf Highland Gate, but he made a strong start to the season with three top-20 finishes before that.

Van Zyl has been through a tough time over the last couple of years, but he felt that Friday’s 65 was the first time in a while that his score has reflected how well he has been hitting the ball.

“I’ve been struggling for the last couple of years with injuries and some personal issues, but now it all seems to be falling into place. My game has been there, but my scores just haven’t reflected it. But that’s what makes this game so challenging: You think you’re heading in the right direction but then you find yourself on a dirt road for a couple of weeks. So it was nice to be back on the tar today, and hopefully that will become a double-lane road and then a four-lane highway soon,” Van Zyl chuckled.

Otto started his round on the 10th, and an eagle-two on the par-four 18thhole saw him go out in 32, but the veteran dropped three shots on the front nine to finish with a 68. But he is right in the mix on 10-under-par, as are Pieter Moolman (69) and the in-form Albert Venter (70) on nine-under.

Bailey also started on the 10th and birdied the par-three 11th hole, before back-to-back bogeys on 12 and 13 set him back. The American would go on to drop five more shots, including a double-bogey on the par-four eighth, but he also collected six more birdies to finish with a 72 and share fifth place on eight-under, just three strokes back, with Sean Bradley (71).