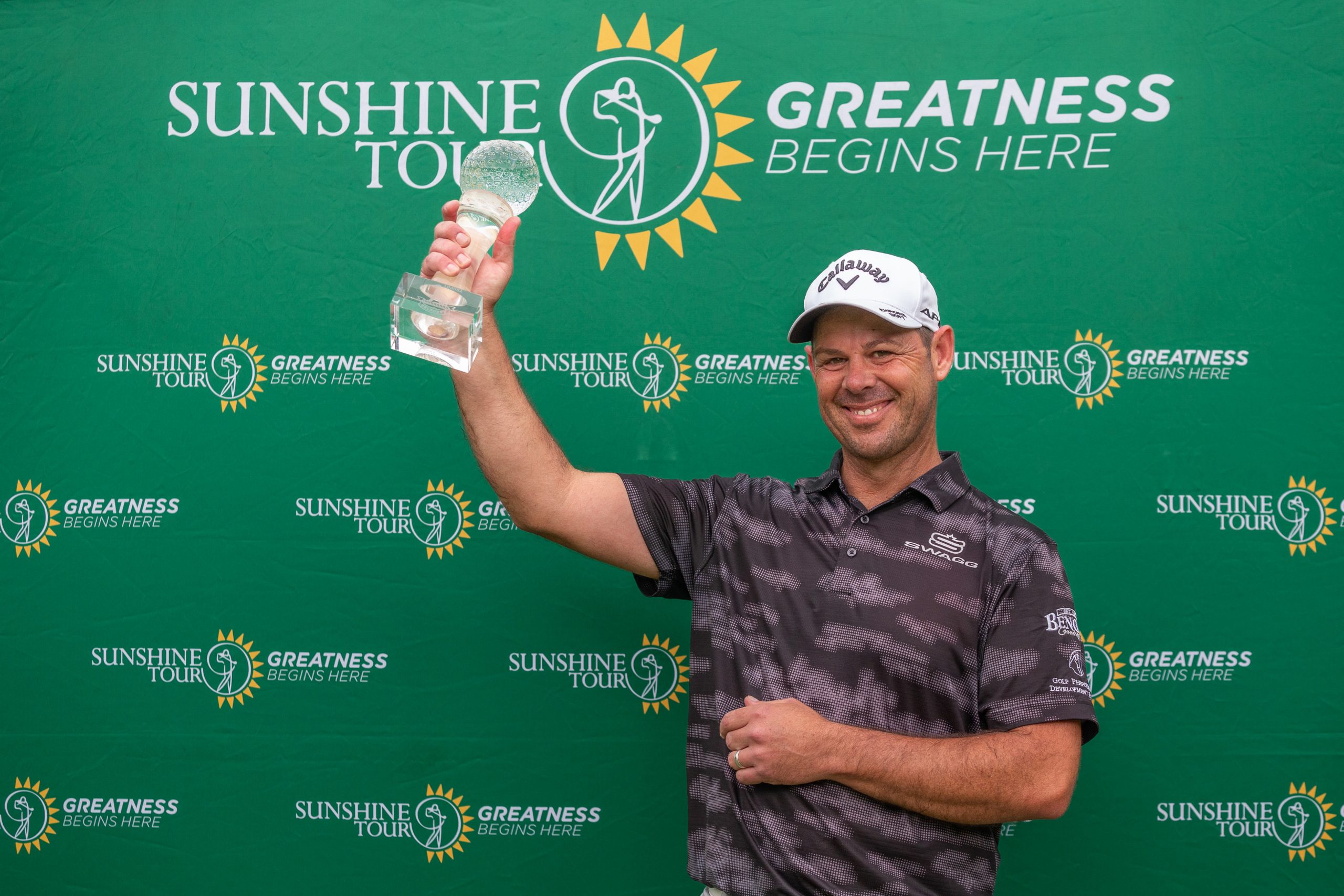 PENNINGTON, KwaZulu-Natal – Jaco van Zyl is close to getting back to his best as he ended a six-and-a-half year winning drought by claiming the Gary and Vivienne Player Challenge title at Selborne Park Golf Club on Saturday.

Van Zyl began the final round with a one-stroke lead and finished strongly to shoot a three-under-par 69 and post a 14-under-par winning total, finishing two shots clear of Hennie Otto.

In a thrilling finish, Otto was close behind but a bogey at the par-four 13th and then a string of pars coming in saw the veteran fall just short after a final day 70.

Sean Bradley also flirted with the lead, but a double-bogey six at the penultimate hole put paid to his chances, a birdie at the last seeing him claim third place on his own on 11-under after finishing with a 69.

Pieter Moolman pushed hard too, but a pair of double-bogeys on the back nine saw him finish in a tie for fourth on 10-under with Jaco Ahlers (68).

Van Zyl gave them all a sniff when he faltered with a bogey at the par-four 14th, but he showed his composure of old as he then birdied the par-three 15th and then followed up with another birdie on the 17th.

“I was playing nicely the whole time and I felt I was hitting really good putts but they just weren’t going in,” Van Zyl said. “I actually made a seven-footer for bogey on 14, and it sounds strange, but that got me some momentum.

“On 15 I sank a big putt that turned 15 feet off the left and that really got the confidence going. Then I hit a great wedge on 17 to about two feet, and to have a two-shot lead on the 18th hole is always nice.

“I’m over the moon with the win, it’s been a rocky road and I’ve been fighting a lot of demons. So it’s a real sense of accomplishment. In golf, it’s a case of how well you are doing both on and off the course, and I can sense I am on the right track,” Van Zyl said after his 16th Sunshine Tour win and his first title since triumphing at the Eye of Africa PGA Championship in February 2016.

To win an event bearing the Gary Player name was also a tremendous joy for 43-year-old Van Zyl.

“Gary was our team captain at the Rio Olympics in 2016, which was very special for me. I spent quite a bit of time talking with him in Rio and it’s really nice to now win his tournament,” Van Zyl said.

Van Zyl is now up to 14th in the Luno Order of Merit and is going to be taking renewed confidence into the lucrative summer events on tour.